Days after the terrorist attacks on America in September 2001, we see front grill and bonnet (hood) paintwork of a parked US Government Ford car in Greenwich Village, scratched by scraped dirt and covered in concrete dust and grit that has been blown from nearby collapsed buildings at Ground Zero. The bent number plate of this now wrecked Federal-owned vehicle shows the impact on property and on the US economy. Total damage after this al-Qaeda plot has been put at $100 billion including: the loss of four civilian aircraft, buildings, the Pentagon, cleanup, property and infrastructure. emergency funds, job losses, unrecoverable property, insurance and air traffic revenue. 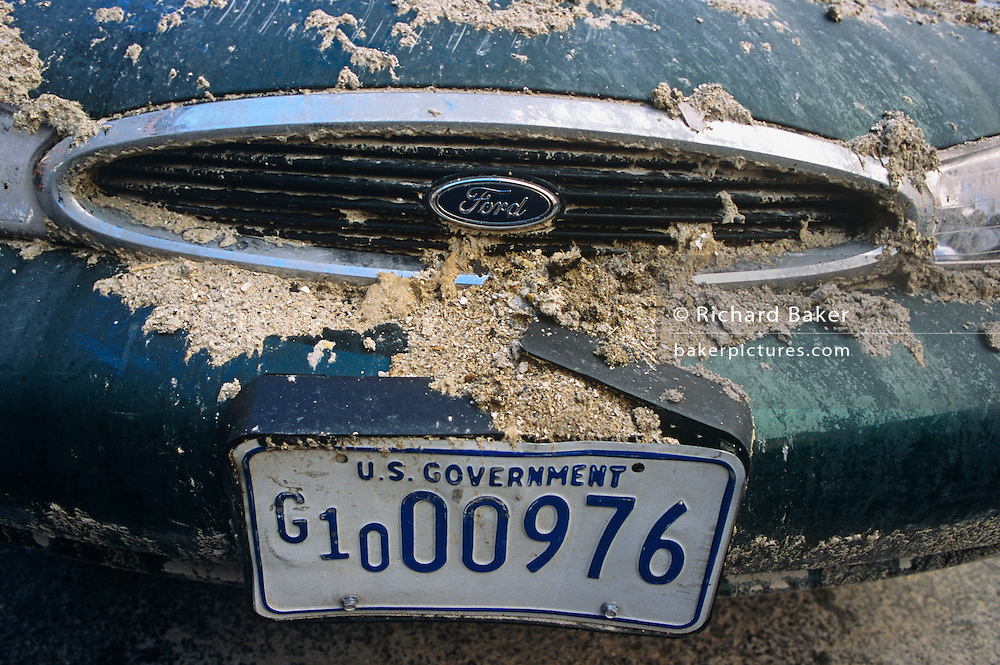