A lone Australian spectator with the national flag on the person's back in the Olympic Park, near the Velodrome, watches a heat of the women's team sprint between Team GB and Australia - featuring the British darling of cycling Victoria Pendleton, who was later disqualified after a technical error, during the London 2012 Olympics. This land was transformed to become a 2.5 Sq Km sporting complex, once industrial businesses and now the venue of eight venues including the main arena, Aquatics Centre and Velodrome plus the athletes' Olympic Village. After the Olympics, the park is to be known as Queen Elizabeth Olympic Park. 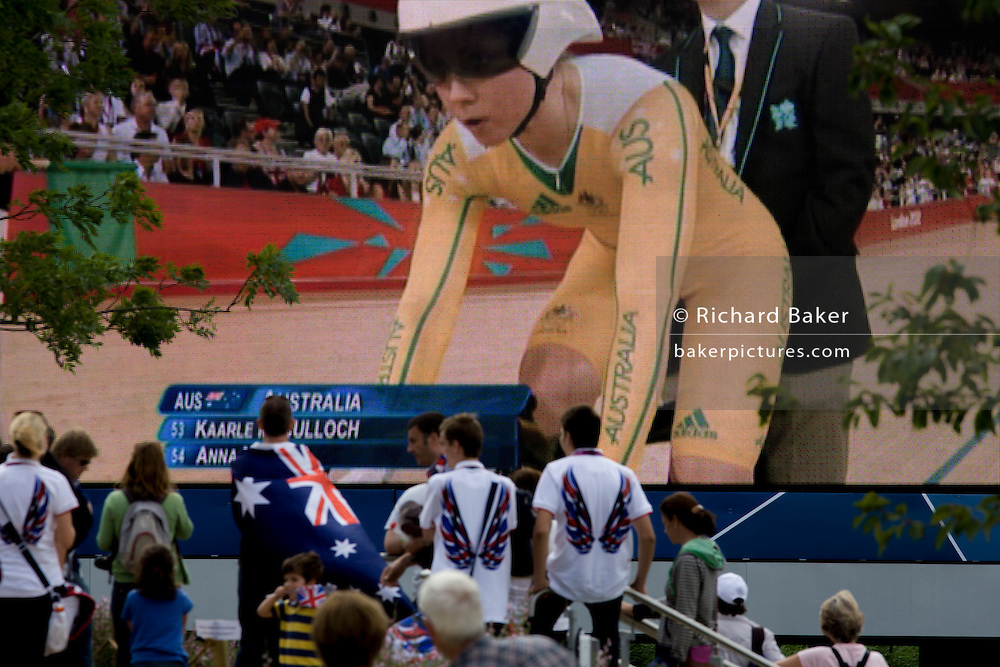