Three laughing ladies hold up their sticks of rock beneath a seaside character on the seafront at Blackpool, on 18th July 1993, Blackpool, Lancashire, England. In 1887, sugar-boiling factory owner Ben Bullock bought some plain stick candy band had the idea of putting ‘Blackpool Rock’ through the centre of the rock. Now a major industry in the holiday season in Britain and many seaside towns have their versions with their own names running through the rock. Modern seaside rock is thicker, about 1 inch, and more solid than the original form. Its sugar content is nowadays a reason not to buy as much, the adverse effects on teeth from sugar and colouring by the confectionary industry being a main reason for its decline. 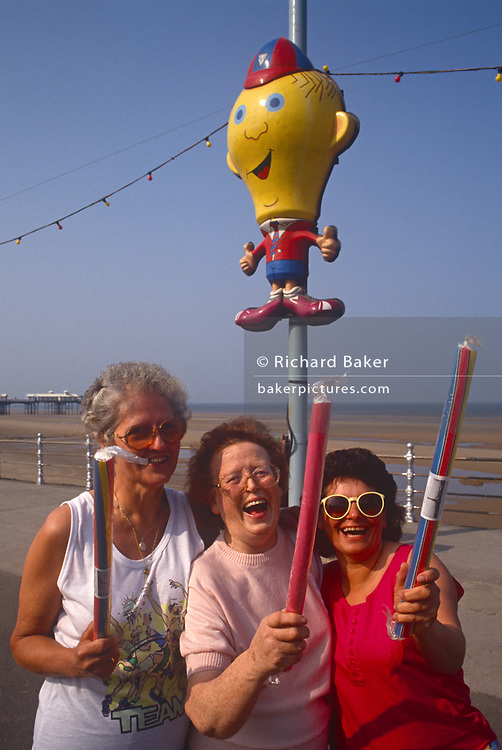