Breathing through her mouth, a lady wearing a bikini costume lifts her head supported with her hands to start another sit-up repetition during a morning exercise session at Brockwell Lido, Brixton South London. With other bathers also lying in sun on the warm poolside pavement, some white and another Rastafarian with dreadlocks, it's a largely mixed crowd ethnically. Brockwell Lido in Herne Hill SE24 was originally built in 1937 at a time of coastal and city pool-building but went into decline when bathers preferred to holiday in warmer Spain. Its revival happened when local entrepreneurs re-opened the business and it now enjoys a reputation for some of the best urban swims in the UK. 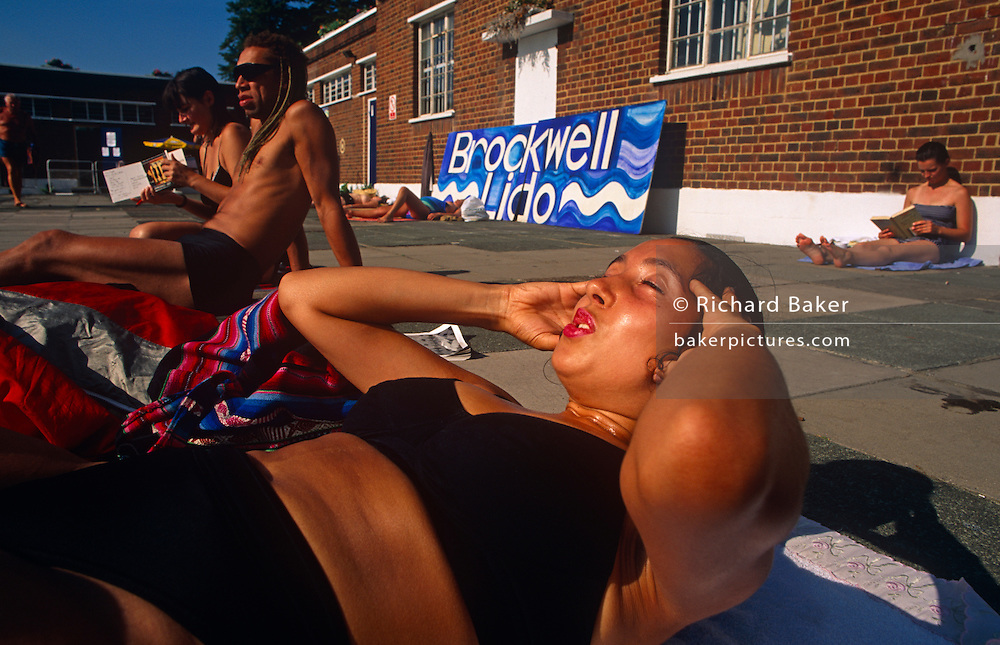