Modern hieroglyphic artwork painted on a wall of local wasteground in the village of Gezirat on the West Bank of Luxor, Nile Valley, Egypt. The pictures show the Battle of Kadesh which took place around 1274 BC between the forces of the Egyptian Empire under Ramesses II and the Hittite Empire under Muwatalli II at the city of Kadesh on the Orontes River. The battle is the earliest battle in recorded history for which details of tactics and formations are known. It was probably the largest chariot battle ever fought, involving perhaps 5,000–6,000 chariots. 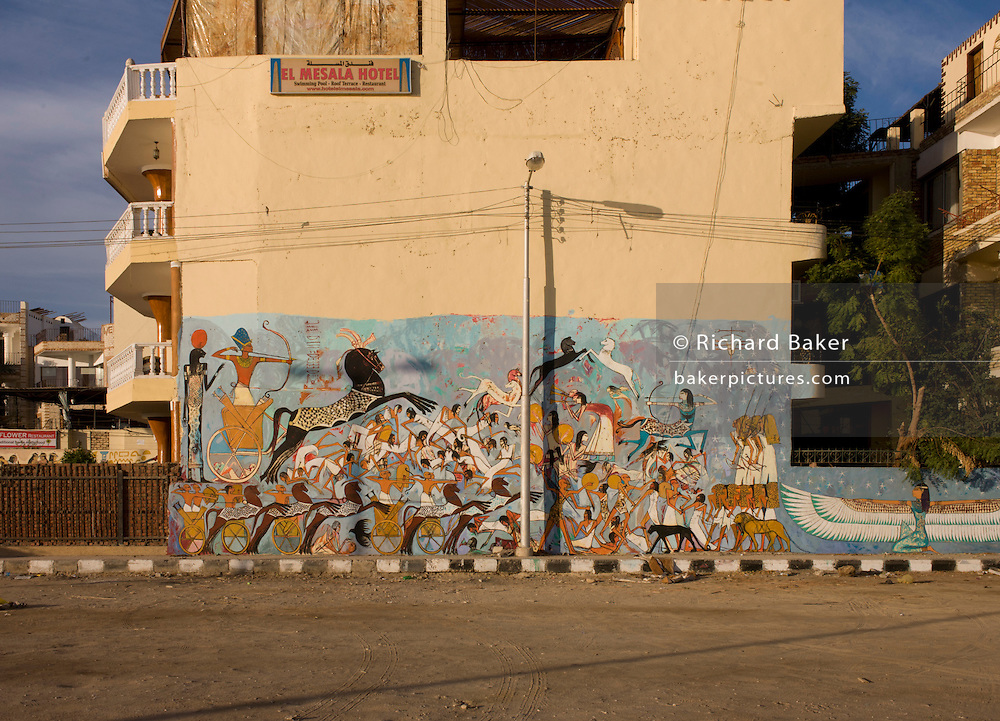