With traffic cones arranged to avoid accidents in the darkness, the spinning turbofan blades of a British Airways Boeing jet aircraft are highlighted by the headlights of an airfield vehicle during the airliner's overnight turnaround at Heathrow Airport. The beauty of the engine's cowling and the wing to which it is attached shows the marvel of its engineering, of its magnificent aviation design. From writer Alain de Botton's book project "A Week at the Airport: A Heathrow Diary" (2009). Week at the Airport: A Heathrow Diary" (2009). . 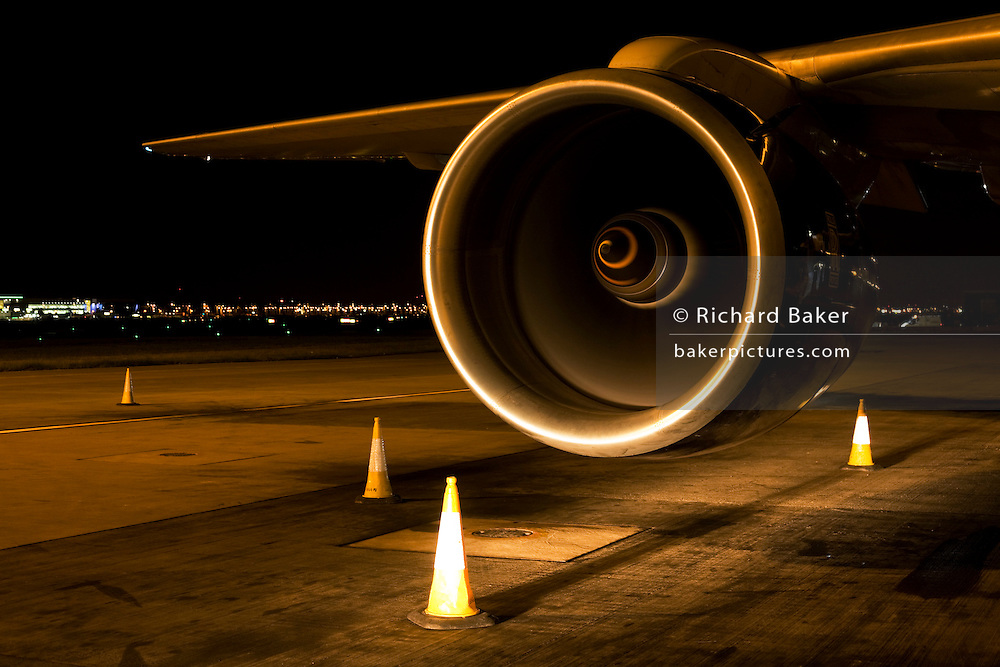