An inspection by the Thames Water Utilities sewer cleaning team looks closely at Victorian-era brick wall linings of the Fleet River's Victorian-built storm sewer of Blackfriars, beneath the streets of the City of London, on 19th June 1994, in London, England. Discarded fats from restaurants congeal in sewer networks leading to blocked pipework. Sewer men shovel the deposits and bring them in vats to the surface. In the early 19th century the River Thames was practically an open sewer, with disastrous consequences for public health in London, including numerous cholera epidemics with the The Great Stink of 1858 a turning point. Intercepting sewers constructed between 1859 and 1865 were fed by 450 miles (720 km) of main sewers that in turn conveyed the contents of some 13,000 miles (21,000 km) of smaller local sewers using 318m bricks, 880,000 cubic yards of concrete and mortar and excavation of over 3.5m tonnes of earth. 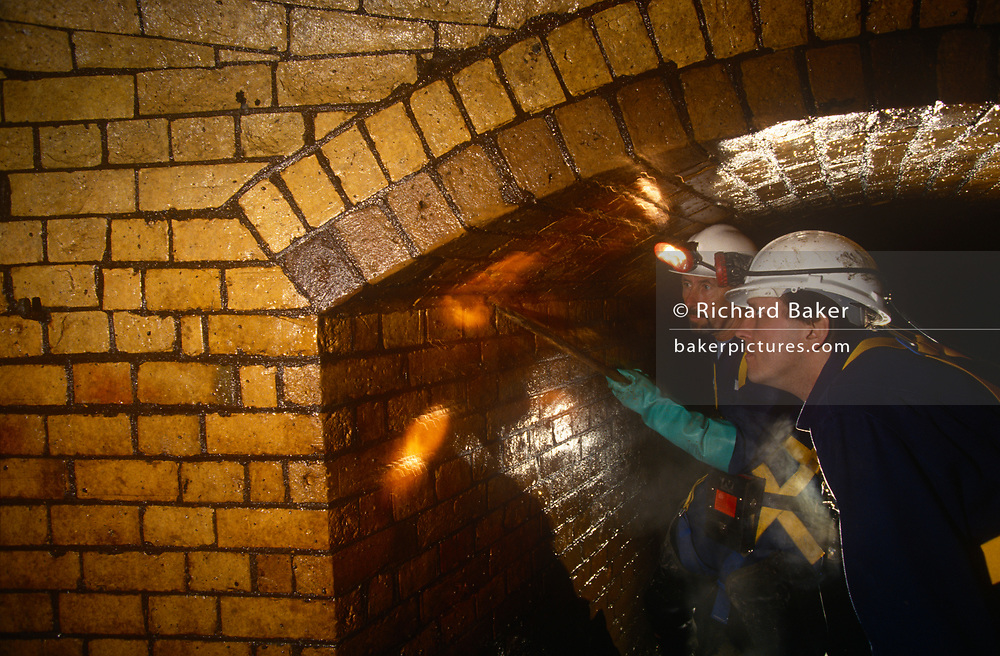