Boys from a Scottish scout group sit and in the departures concourse of Heathrow Airport's Terminal 5. All wearing traditional kilts favoured by the Scots, the lads are en-route between Switzerland and Scotland after a week's international jamboree in the Alps. Their sleeves are filled with the stitched badges of past achievements and one reads a newspaper while the others pass away the time before their flight by watching other passengers. The kilt's are alternately red and green and historically, relate to their wearers old family clans. From writer Alain de Botton's book project "A Week at the Airport: A Heathrow Diary" (2009). 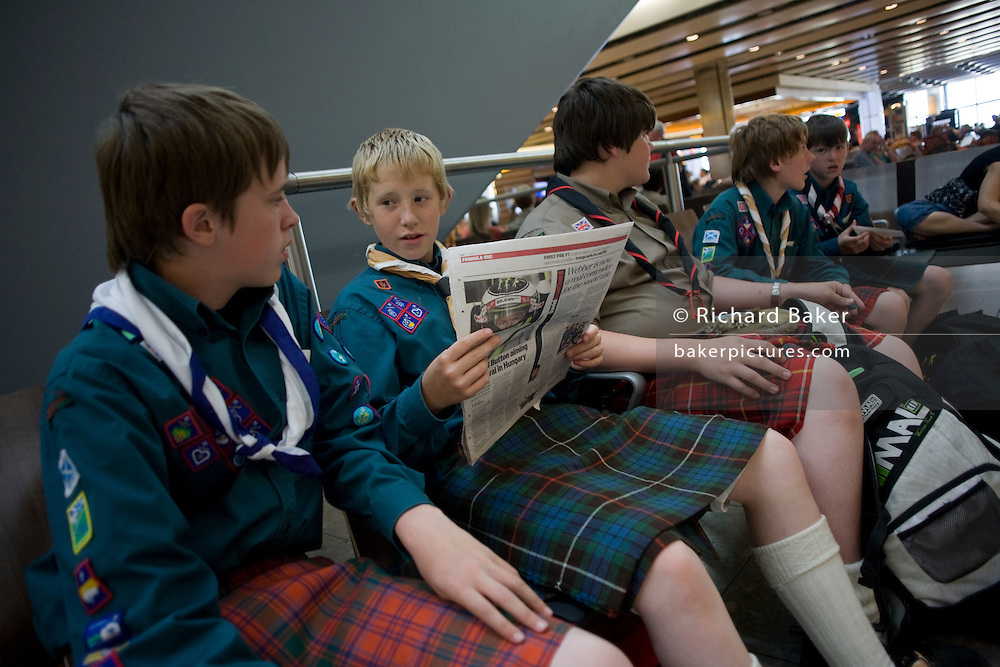