From 1,100m away, a shooting target at a firing range belonging to the Land Warfare Centre, has been punctured by bullet holes from a new British-made Long Range L115A3 sniper rifle on Salisbury Plain, Warminster, England. Sniping means concealment, observation and assassination, a strategy the British are using more against the Taliban in Afghanistan. Swiss Lapua .338 inch rounds (8.59mm) travel at sub-sonic speeds of 936 metres/sec, finding its target accurately up to 1km. The rifle weighs 6.8kg with telescopic image-intensified scopes to 25x life size vision, made by Schmidt & Bender. Front-mounted 'suppressor' minimises the signature normally compromising snipers' position. At £23,000 each, a £4 million contract has been awarded to Accuracy International, to provide the Army, Royal Marines and RAF. The army say it's their best ever sniper rifle. 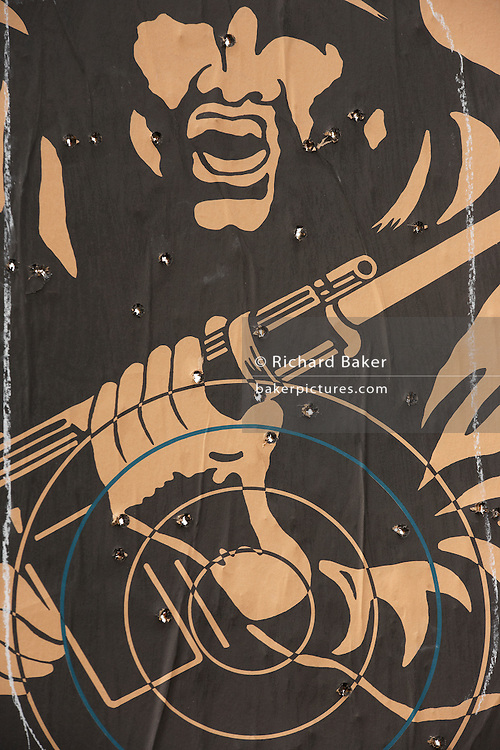