Detail in the British Museum of an Assyrian relief. Assyrian kings competed to outdo each other with carved reliefs on interior walls. This tradition began with King Ashurnasirpal II (reigned 883-859BC) at Nimrud. In 612BC Assyrian cities were looted and destroyed by Babylonians and Medes and the sculptures were buried until discovered by British and French archaeologists in the 19th century. As a result, London and Paris have the largest collection of Assyrian reliefs outside Iraq. 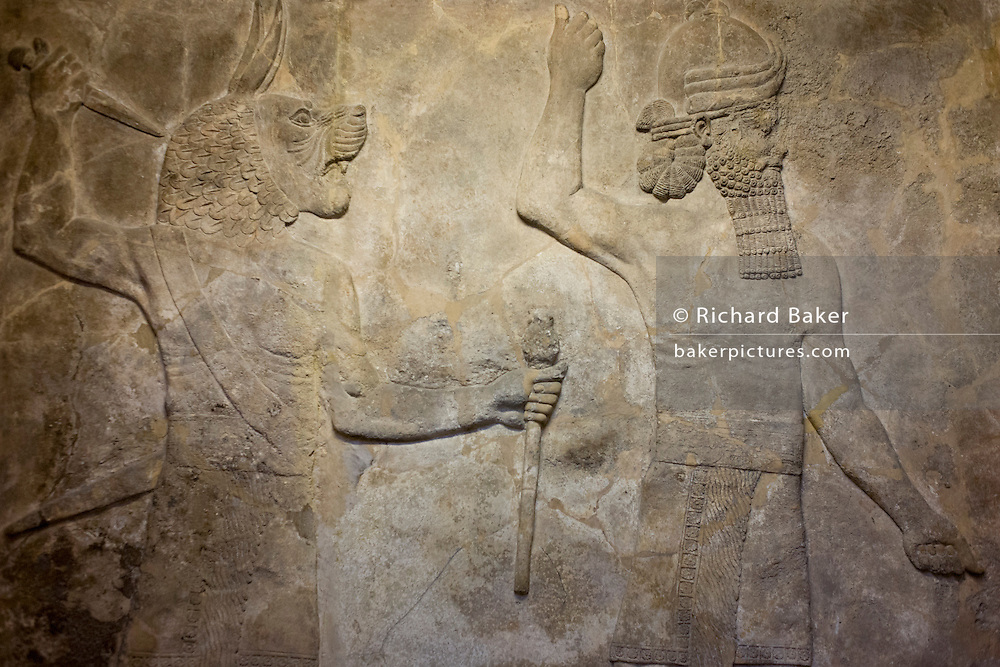