Boeing's demonstrates SUGV (also known as iRobot) demonstrated at the US company's chalet Farnborough Airshow. Still in development, the iRobot will be used by the military for surveillance and reconnaissance, bomb disposal of IEDs, at checkpoints, inspections and explosives detection, minimising the risk to troops. The Farnborough International Airshow is a seven-day international trade fair for the aerospace business which is held biennially in Hampshire, England. The airshow is organised by Farnborough International Limited, a wholly owned subsidiary of British aerospace industry's body the Society of British Aerospace Companies (SBAC) to demonstrate both civilian and military aircraft to potential customers and investors. 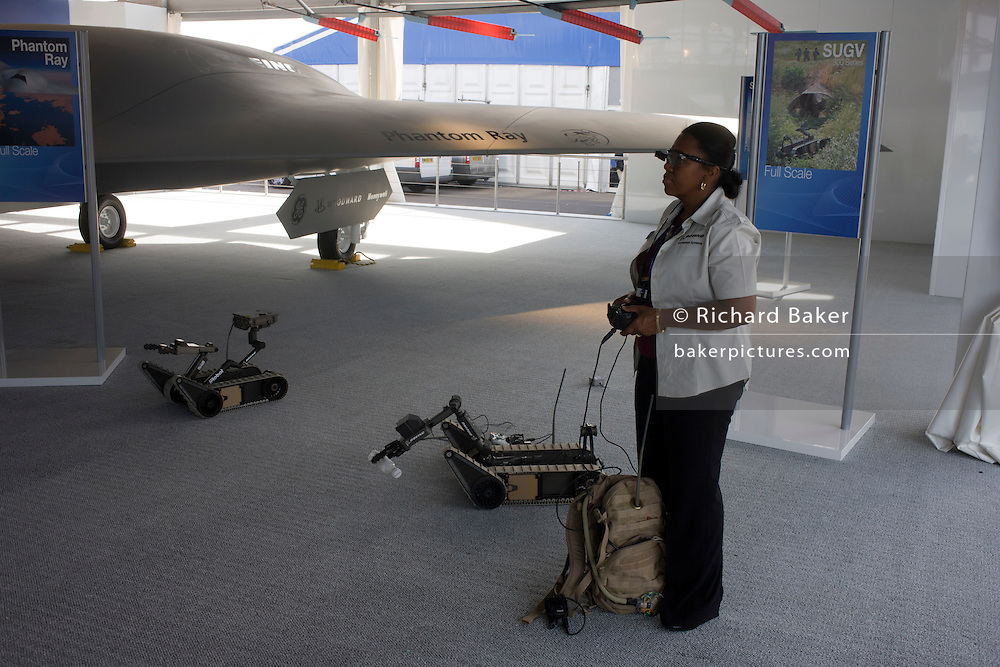