British spectators celebrate a gold medal win by Team GB Triathlete Alistair Brownlee in the Triathlon, held in Hyde Park during the London 2012 Olympics, the 30th Olympiad. Girl sports fans wave their union jack flags above their heads as thousands watch a giant TV screen with the Albert Memorial in the distance. Brownlee came first followed by Spain's Javier Gomez then Jonathan Brownlee (brother of the winner). The venue was the Hyde Park 142 hectares (350 acres) Hyde Park in the heart of the capital, one of the largest parks in central London and the site of the Victorian Great Exhibition of 1851. 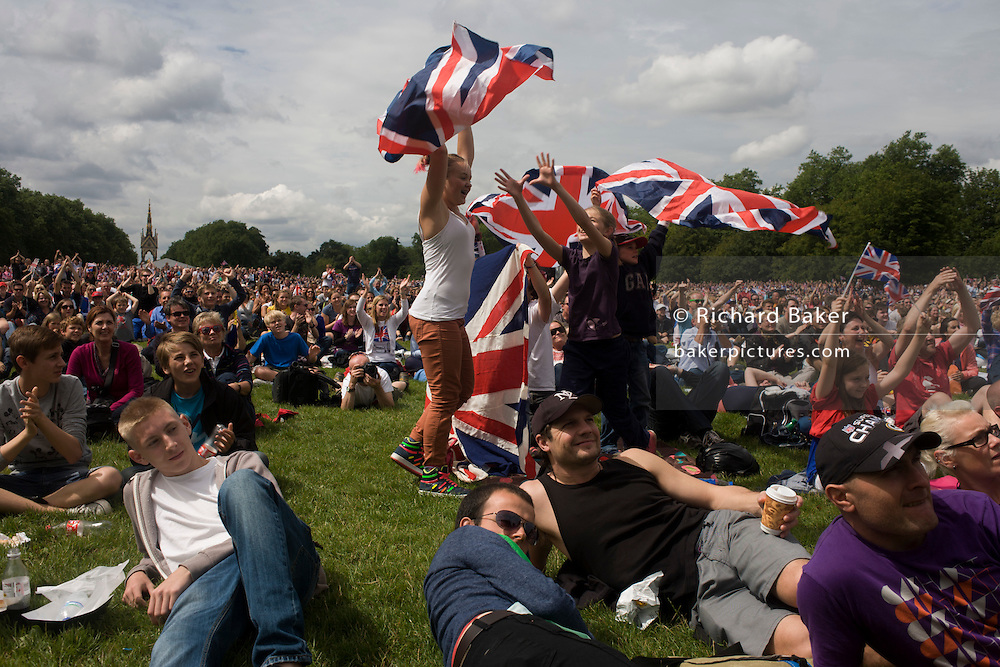