Individual trays for airline baggage in the Early Bags Store where 4,000 pieces are held. 50-70,000 pieces of British Airways baggage a day travel through 11 miles of conveyor belts which were installed in a 5-storey underground hall beneath the 400m (a quarter of a mile) length of Terminal 5 at Heathrow Airport. Here we see items of luggage spending 4 hours in transit, held in a fully-automated parking lot for bags. Computers decide when to fish the item out and re-introduce it into the system and load it on to the appropriate aircraft. T5 alone has the capacity to serve around 30 million passengers a year and was completed in 2008 at a cost of £4.3bn. The system was designed by an integrated team from the airport operator BAA, BA and Vanderlande Industries of the Netherlands, and handles both intra-terminal and inter-terminal luggage. From writer Alain de Botton's book project "A Week at the Airport: A Heathrow Diary" (2009). 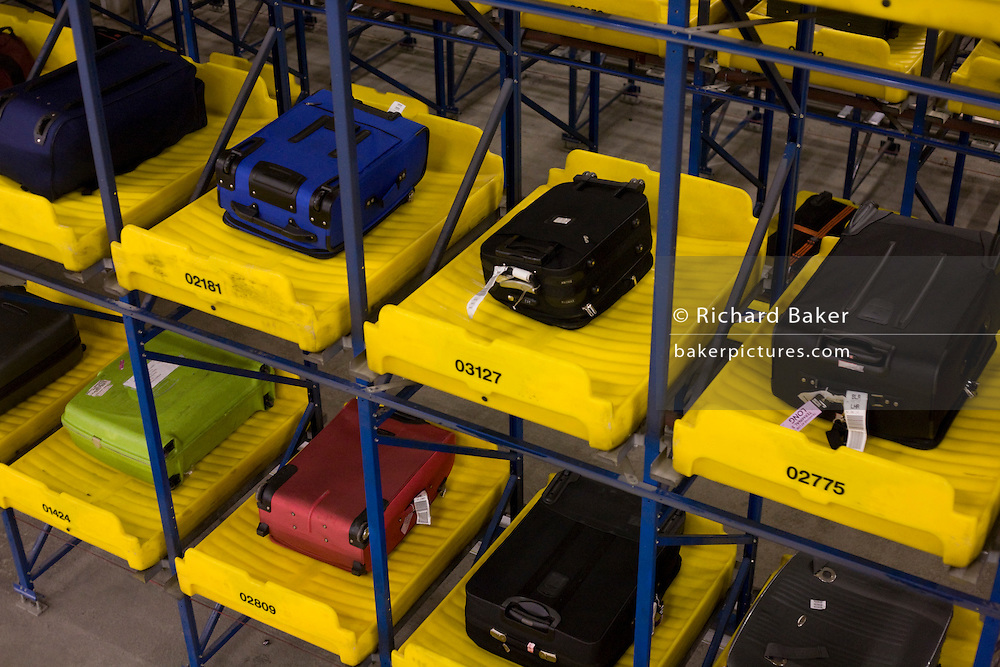