During the morning rush-hour at Bank underground station in the heart of London's financial district, the grim face of 90s tube travel is seen here in a wide landscape of rounded tunnel and the curve of the station platform. A train guard watches for a green signal as Londoners are sandwiched inside the nearest carriage. Waiting for the doors to close and the hot air to seal them inside the small space, men and women press against each other in a claustrophobic journey along the Central Line. The Central line is a London Underground line, coloured red on the tube map. It is a deep-level "tube" line, running east-west across London, and, at 76 km (47 mi). Incorporated in 1891 it is today the longest Underground line and also the busiest with around 260 million passengers a year. 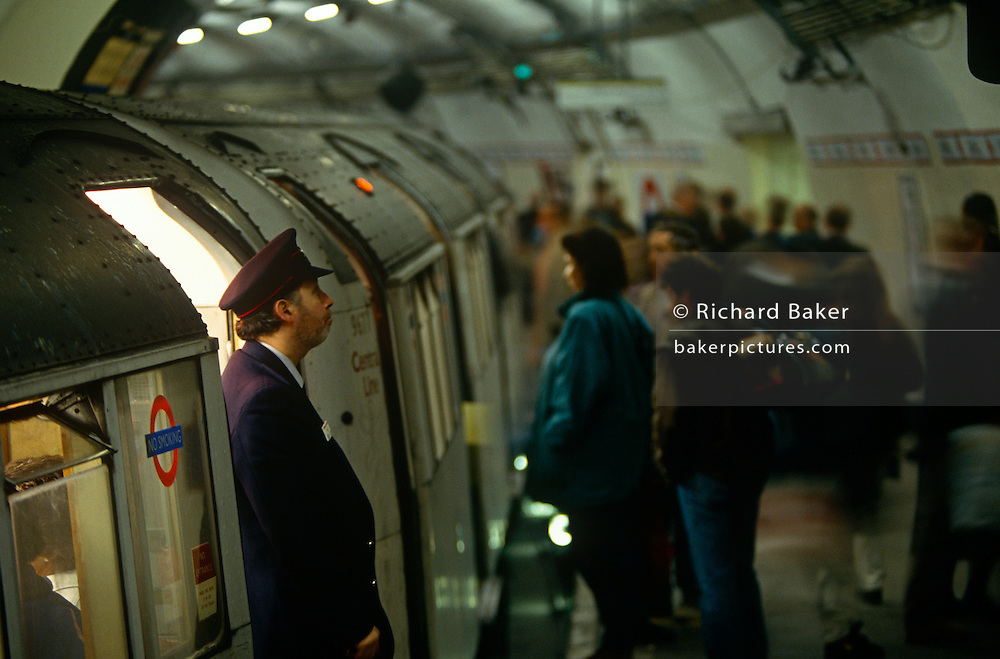