Rolls of turf are rolled up by exhibition workers at the end of a long day at the Paris Air Show, Le Bourget France. Removing the real grass from at the CFM stand (a company formed from SNECMA and General Electric jet engines) that manufactures a family of 7,200 commercial and military jet engines for Airbus and Boeing airliners. The men bend over to make a tight roll of organic lawn to keep it fresh and watered overnight before another hot day in this hall. Alongside them, a giant turbofan engine is seen, its huge turbine blades lit by artificial lights. The Paris Air Show is a commercial air show, organised by the French aerospace industry whose purpose is to demonstrate military and civilian aircraft to potential customers. 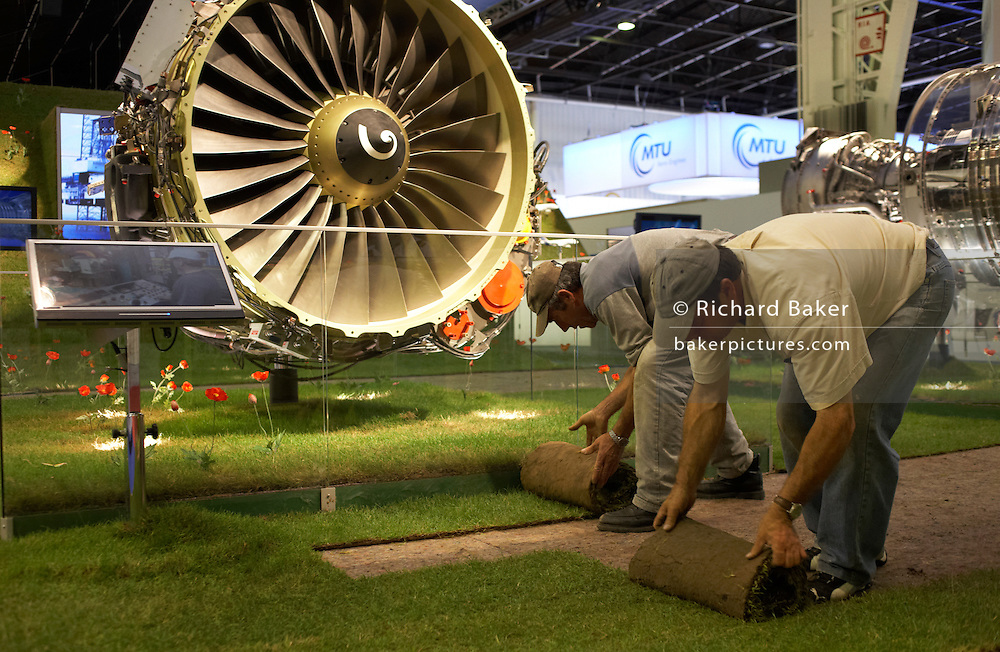