The waxwork of Donald Trump stands outside the US Embassy at Nine Elms in south London on the day when the President announced on Twitter, his refusal to visit London and open the new state premises after its historic move from Grosvenor Square, on 12th January 2018, in London, England. The waxwork is the property of Madame Tussauds and took a team of 20 artists 4 months to create, going on display on the day of his inauguration in 2017. It is valued at £150,000. 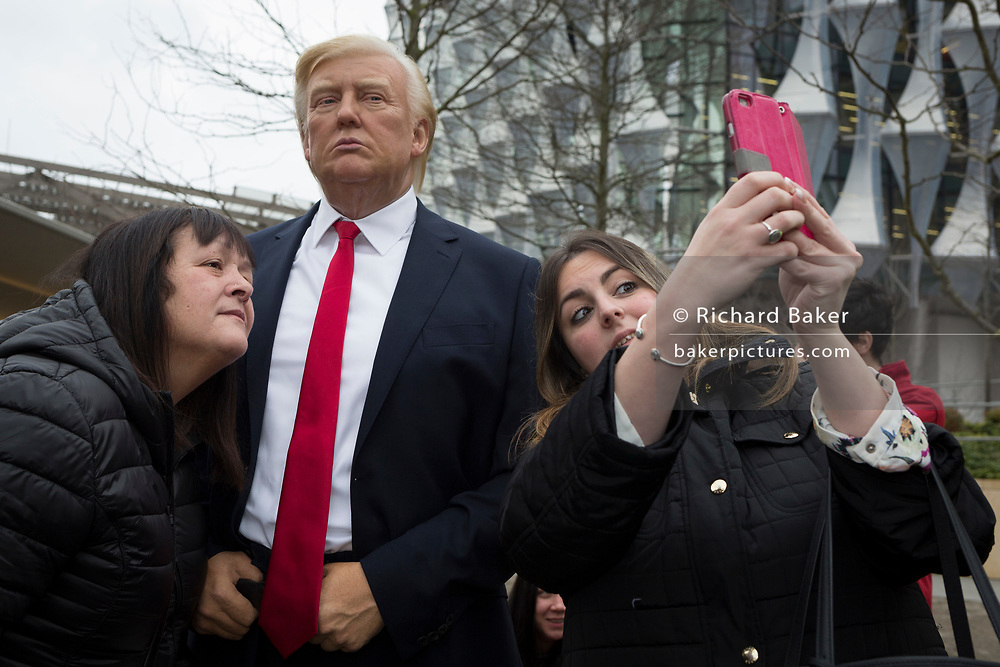