Two young spanish girls play outside a family Caseta during the Spring Feria in Seville, Spain. Both dressed in traditional flamenco dresses, the two friends stand in bright sunshine as a younger boy peers out from the canopy screen that keeps the marquee interior cool. .It is a lively event that Seville holds annually in the vast fairground area on the far bank of the Guadalquivir River. Rows of temporary marquee tents, or casetas, host families, corporations and friends into the late hours during the April Fair which begins begins two weeks after the Semana Santa, or Easter Holy Week in the Andalusian capital. 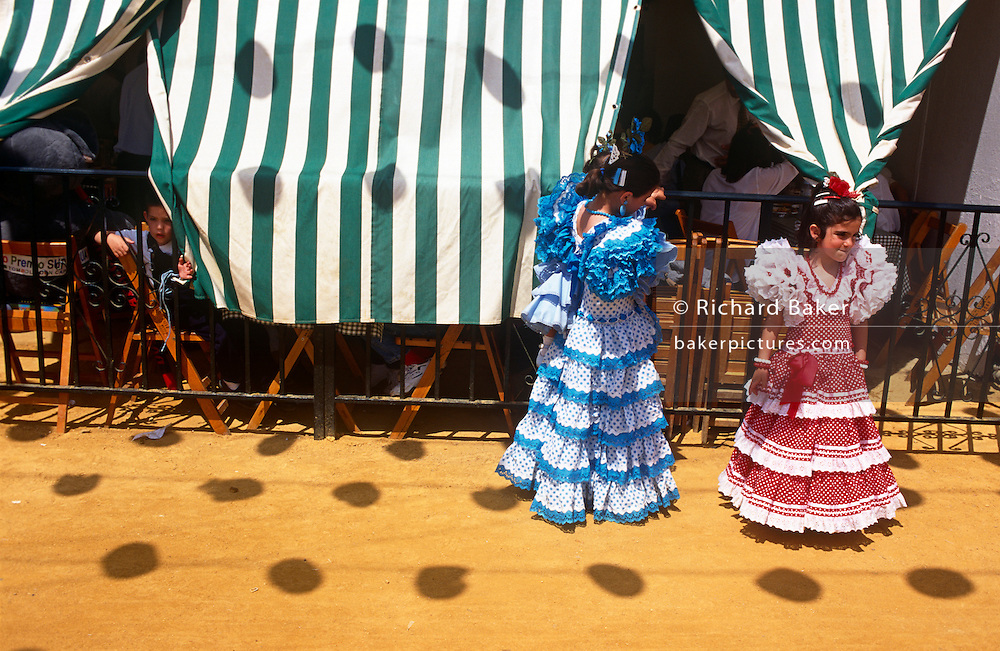