A pleasure boat passes old riverside wharf timbers and the bank of the river Thames, before continuing under pedestrians on the Millennium Bridge, on 30th October 2017, at Queenhithe in the City of London, England. Queenhithe is also the name of the ancient, but now disused, dock which derives from the "Queen's Dock", or "Queen's Quay", which was probably a Roman dock (or small harbour). The dock existed during the period when the Wessex king, Alfred the Great, re-established the City of London, circa 886 AD. 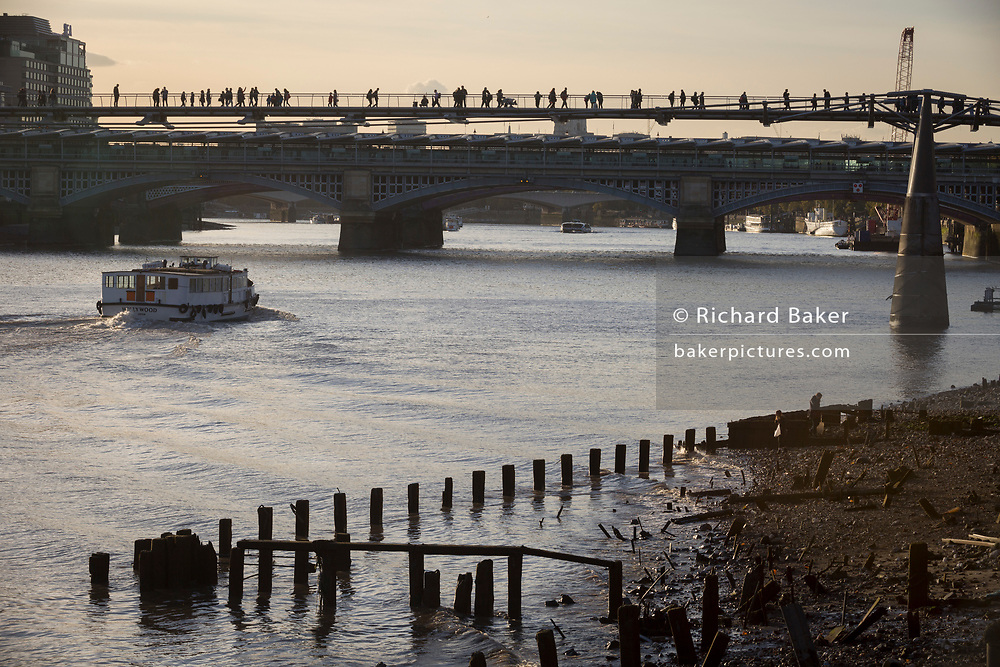