A yodelling lady singer belts out traditional Alpine Swiss songs during a concert in the Liechtenstein capital, Vaduz. In front of an audience consisting of locals and visiting tourists, the lady is dressed in traditional Swiss/Alpine dress called a dirndl, a type of traditional dress worn in Germany – especially Bavaria – Switzerland, Liechtenstein, Austria and South Tyrol, based on the historical costume of Alpine peasants. Dresses that are loosely based on the dirndl are known as Landhausmode ("country-inspired fashion"). A dirndl skirt generally describes a light circular cut dress, gathered at the waist, that falls below the knee 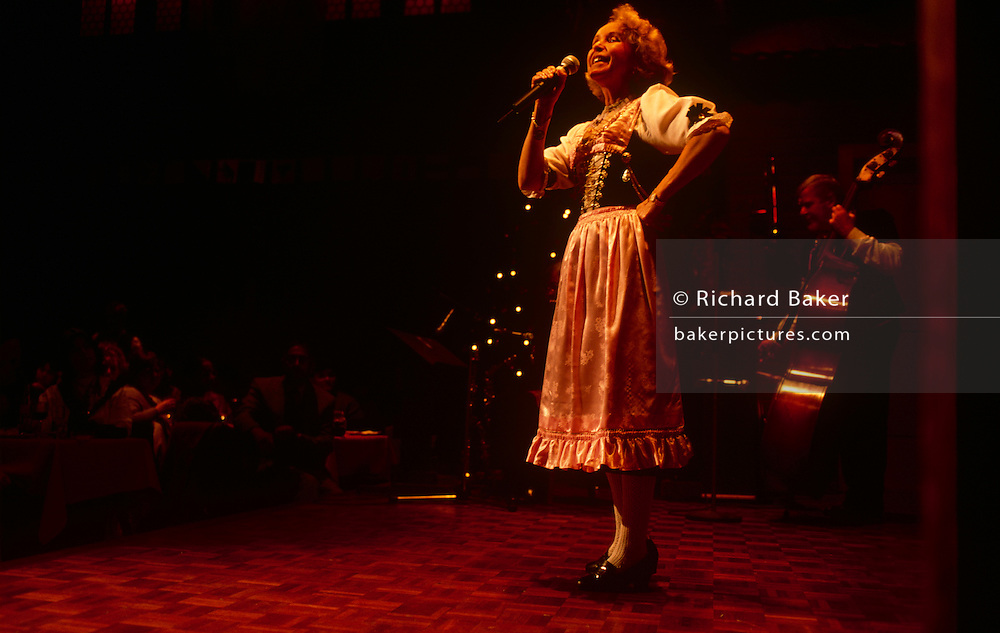