Young woman withdraws cash from her local London branch of the Abbey National Building Society in 1989. With her finger almost touching the keypad, the lady and her companion are withdrawing cash from this hole in the wall after investing their funds in this branch of Britain's building society. Abbey National plc was a UK-based bank and former building society, which latterly traded under the Abbey brand name. It became a wholly owned subsidiary of the Spanish Santander Group in 2004, and was combined with the savings business of the former Bradford & Bingley in January 2010 to form Santander UK plc. Before the takeover, it was a constituent of the FTSE 100 Index. 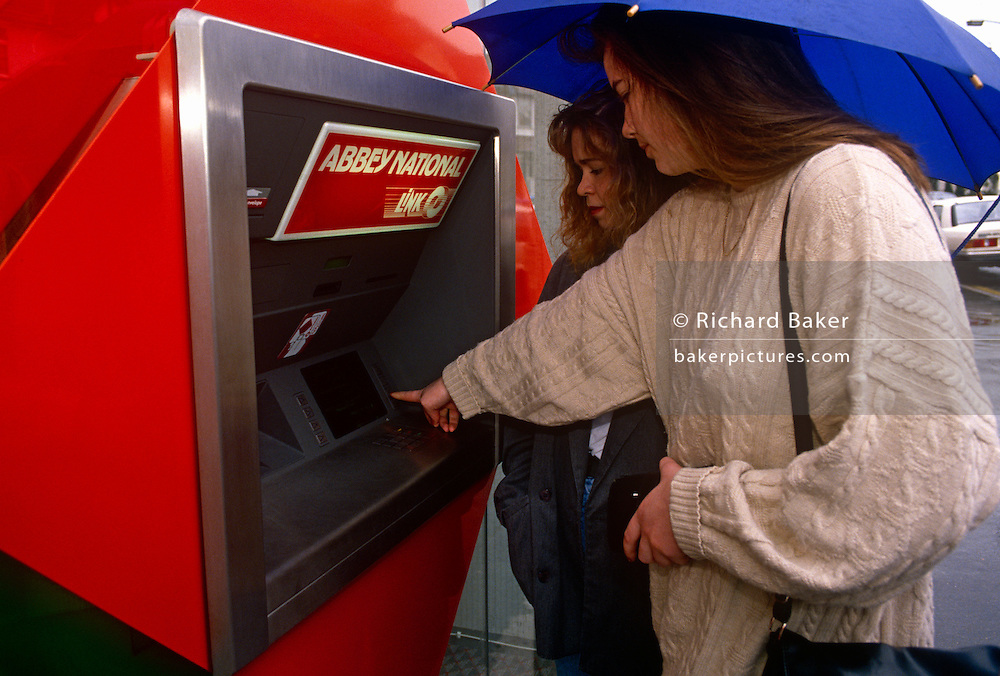