On the day that Members of Parliament sat on a Saturday (the first time in 37 years and dubbed 'Super Saturday') in order to vote for Prime Minister Boris Johnson's Brexit deal with the EU in Brussels, a Johnson and Dominic Cummings parody were wheeled through streets alongside a million Remainers (according to organisers) marched through the capital to voice their opposition to a Brexit and calling for a peoples' Vote, on 19th October 2019, in London, England. 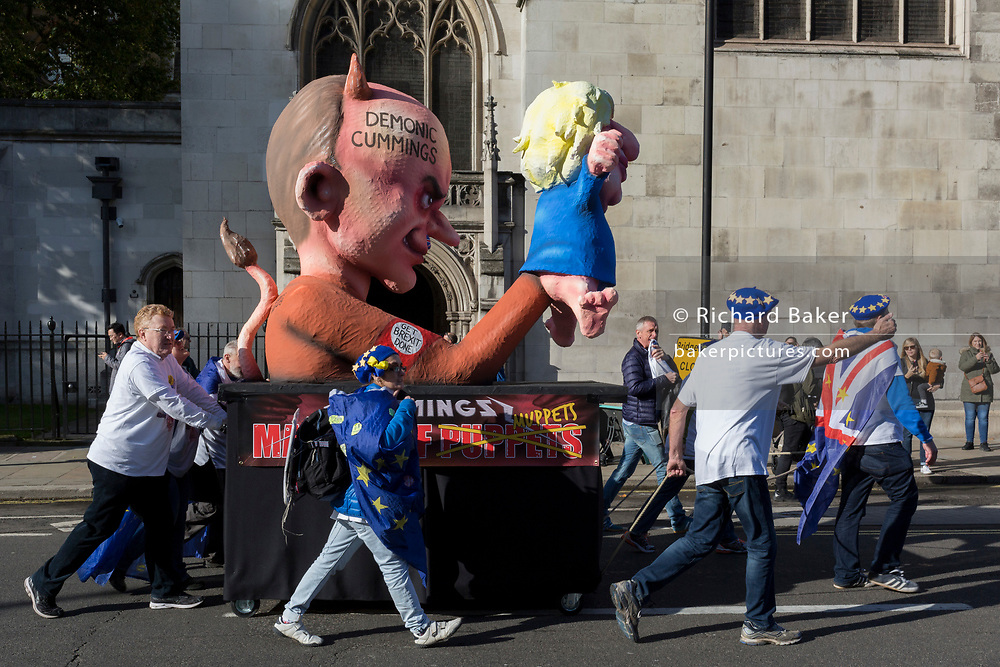