A woman checks herself after sitting beneath the statue of British Victorian philosopher John Locke (by William Theed) and a modern sculpture by Renzo Piano, with a full-size fibreglass reproduction of a 'gerberette', one of the die-cast rocker beams that cantilever from Paris' Georges Pompidou building, on 10th January 2019, in London, England. British philosopher John Locke (1632 - 1704) whose effigies are by William Theed, also known as William Theed, the younger (1804 – 9 September 1891) an English sculptor whose services were extensively used by the Royal Family. 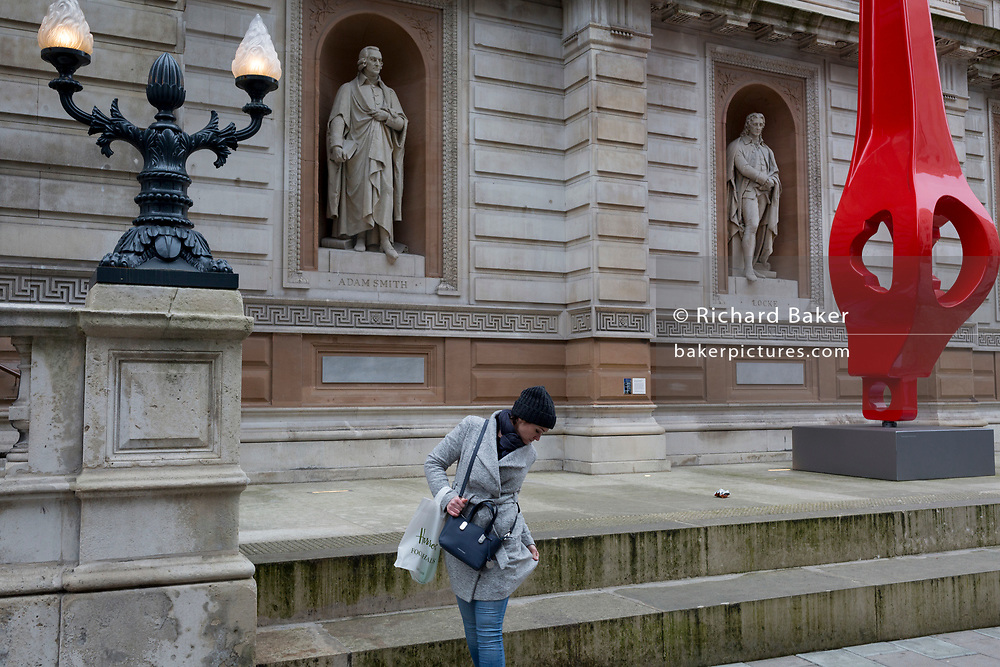