A supporting pillar that forms the outer wall of the Bank of England and a City of London sign for Threadneedle Street EC2 at Bank Underground station in the heart of the capital's financial district. The Bank of England is the central bank of the United Kingdom and the model on which most modern central banks have been based. Established in 1694 acted as the English Government's banker, and to this day it still acts as the banker for HM Government. The Bank was privately owned and operated from its foundation in 1694. It was subordinated to the Treasury after 1931 in making policy and was nationalised in 1946. In 1997 it became an independent public organisation, wholly owned by the Treasury Solicitor on behalf of the Government, with independence in setting monetary policy. 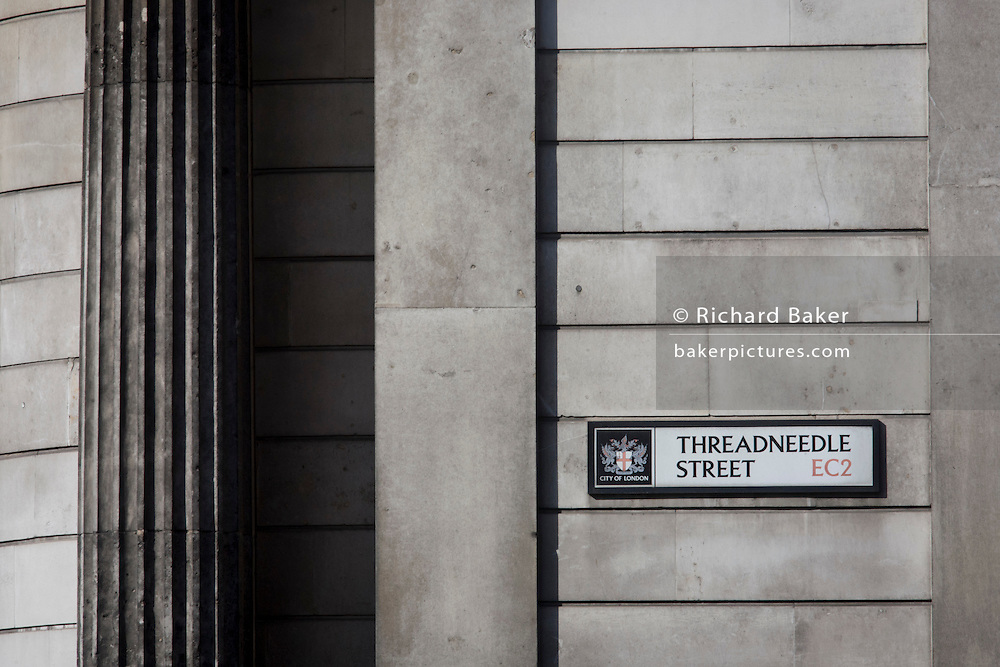