A Welcome to Northumberland road sign along with a fibre broadband notice, on the Northumbrian and County Durham border, near the Northumbrian village of Blanchland, on 29th September 2017, in Blanchland, Northumberland, England. Blanchland is a village in Northumberland, England, on the County Durham boundary. The population of the Civil Parish at the 2011 census was 135. Blanchland was formed out of the medieval Blanchland Abbey property by Nathaniel Crew, 3rd Baron Crew, the Bishop of Durham, 1674-1722. It is a conservation village, largely built of stone from the remains of the 12th-century Abbey. It features picturesque houses, set against a backdrop of deep woods and open moors. Set beside the river in a wooded section of the Derwent valley, Blanchland is an attractive small village in the North Pennines Area of Outstanding Natural Beauty. 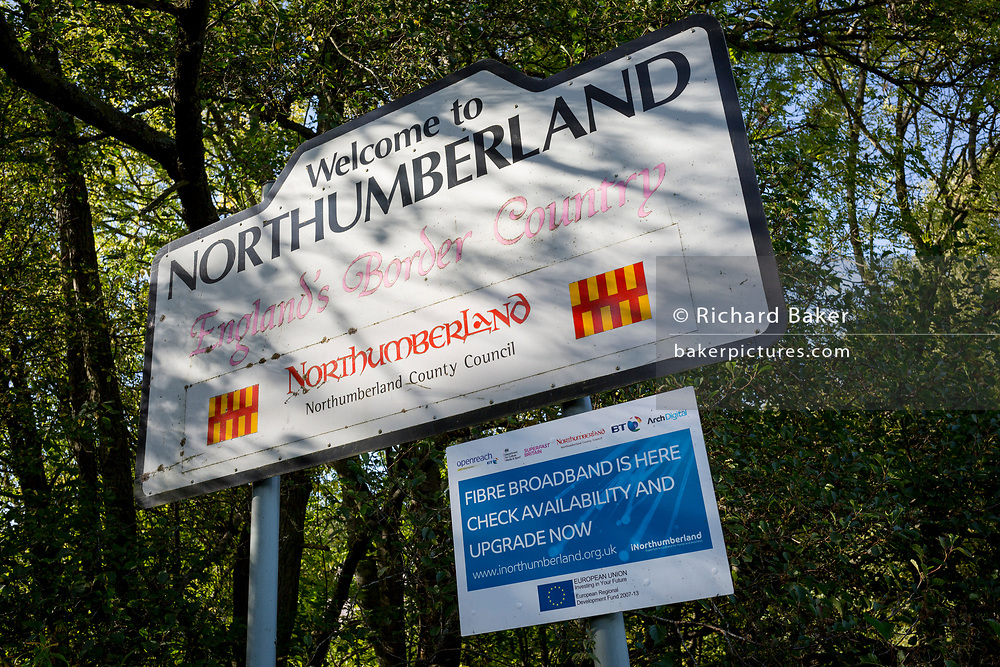