Early morning lady jogger runs up start of Penine Way in Vale of Edale, Peak District National Park, Derbyshire. .Edale is a valley in North Derbyshire, situated about 15 miles west of Sheffield, in the heart of the Peak District National Park. Edale valley is a loose collection of scattered farmsteads or 'booths' as they are known which grew up around the original shelters or 'boothies' used by shepards when tending their sheep on the hillsides. There are 5 main ones in Edale valley, Nether Booth, Ollerbooth, Upper Booth, Barber booth and Grindsbrook Booth of which the village called Edale is part. Edale village is in a lovely setting below Kinder Scout and is the start of the Pennine way, the first and longest footpath in England, opened in 1965. 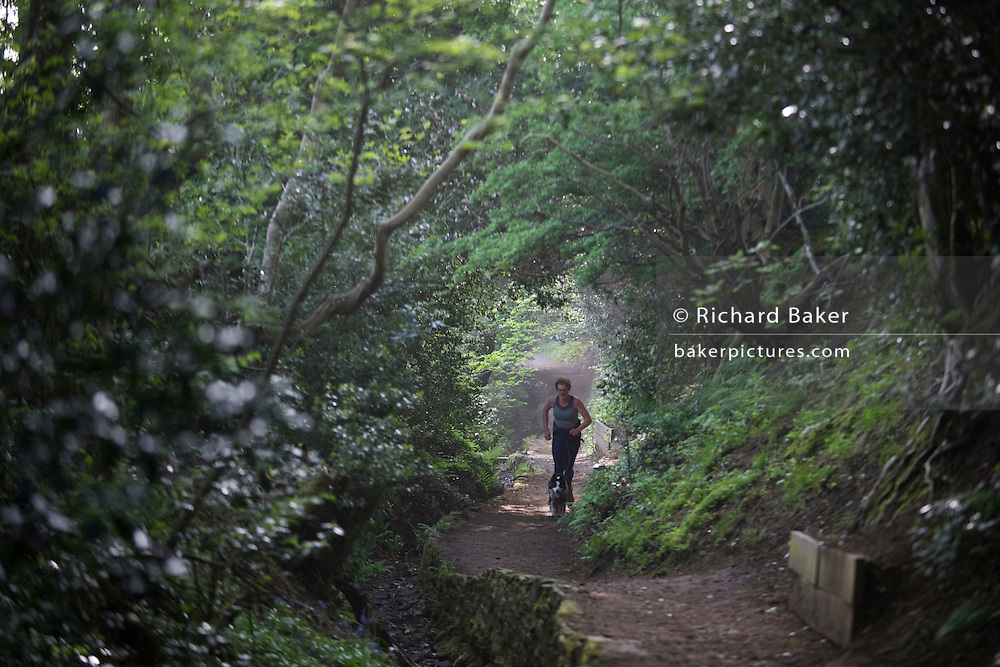