Deputy Prime Minister of the United Kingdom and Conservative MP, Geoffrey Howe at the Conservative party conference on 11th October 1990 in Blackpool, England. His resignation on 1 November 1990 is widely considered by the British press to have precipitated Prime Minister Margaret Thatcher's own resignation three weeks later, resulting in the end of her 11 year political career. 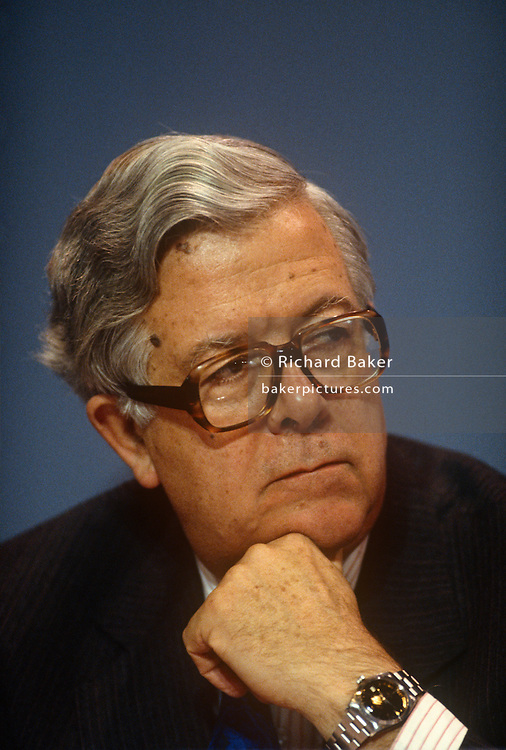