Bald-headed men seemingly clash in a shaft of early spring light in a side street in the capital's financial district. This is Lombard Street, originally a piece of land granted by King Edward I to goldsmiths from the part of northern Italy known as Lombardy (larger than the modern region of Lombardy). It is a narrow and usually dark sidestreet near the Bank of England in the heart of what is called the Square Mile - the inner-part and oldest quarter of London occupied first by the Romans 2,000 years ago. Nowadays the City of London is home to banks and financial institutions but also with a resident population of under 10,000 but a daily working population of 311,000. 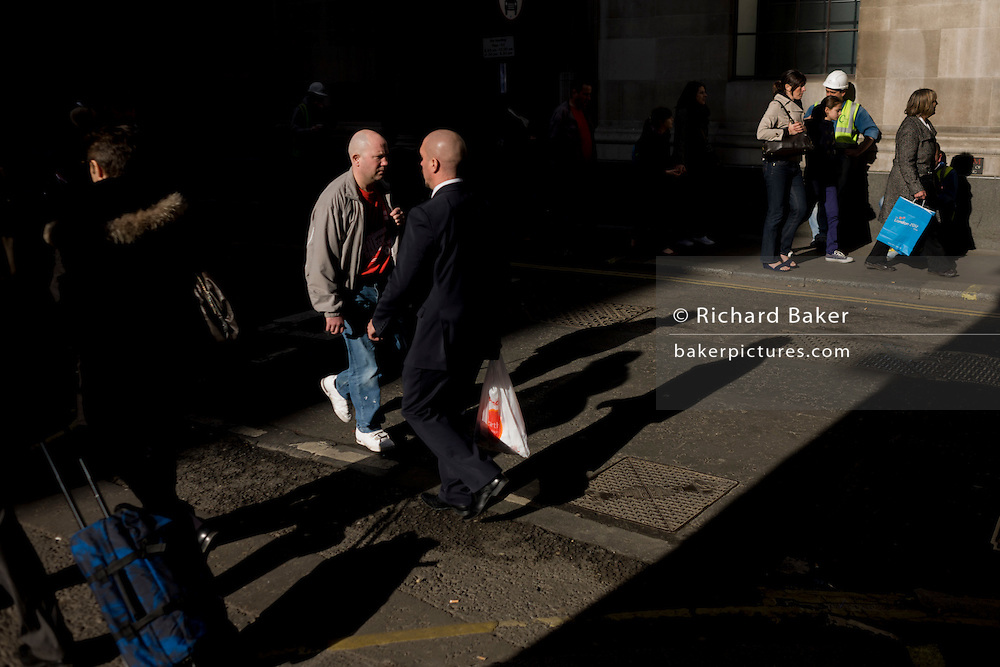