A Metropolitan Police diver surfaces beneath the murky waters of the River Thames in front of the tall buildings of the City of London, on 13th June 1993, in London, England. Blowing bubbles, he exhales through his oxygenated mask and looks through the Plexiglass to the viewer. The Underwater and Confined Space Search Team (UCSST), are part of the Marine Support Unit and based at Wapping. They also carry out searches in canals, ponds, lakes and reservoirs. It was set up as a full time unit in 1964. One of their most distressing jobs, however, is recovering bodies from the River. On average over 50 people lose their lives in the Thames each year and about 80% of these are by suicide (usually by jumping off one of the many bridges that cross the Thames). After a body is recovered from the River it is taken to the mortuary at Wapping Police Station for identification. 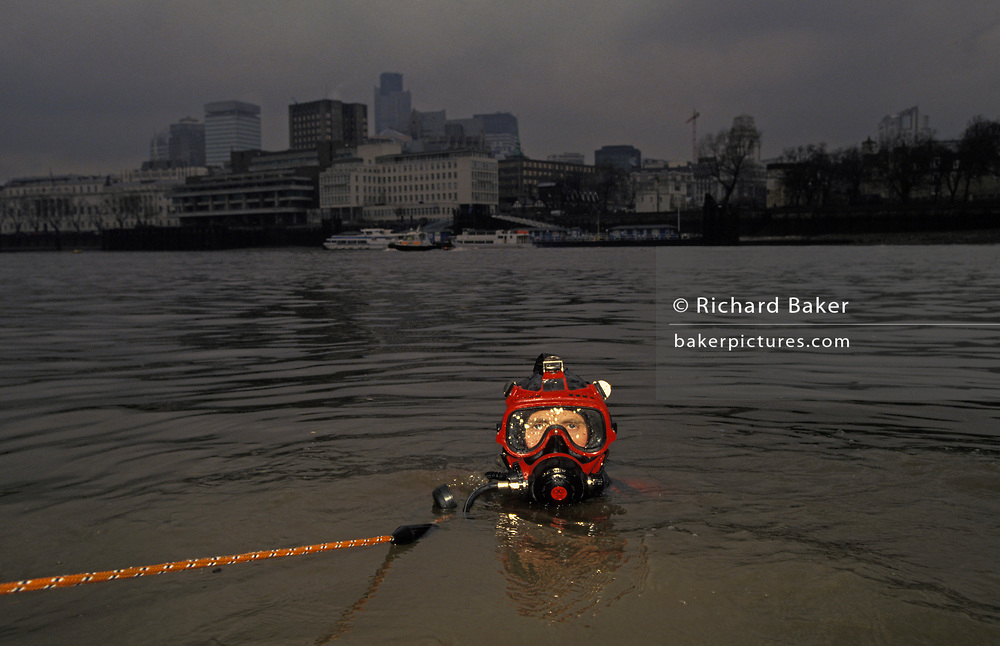