An aircraft cleaner from Kathmandu, Nepal, stands in white overalls with his bucket and mop on the tarmac at Bahrain International airport. It is another hot day in this key hub airport in this Gulf region, providing a gateway to the Northern Gulf. The airport is the major hub for Gulf Air which provides 52% of overall movements and is also the half-way point between Western Europe and Asian destinations such as Hong Kong and Beijing. Gulf states also rely on the workforces from south-Asia such as India, Pakistan, Sri Lanka and Bangladesh whose wages are often low and harsh living conditions compared to local nationals and tourists who enjoy superior accommodation. Picture from the 'Plane Pictures' project, a celebration of aviation aesthetics and flying culture, 100 years after the Wright brothers first 12 seconds/120 feet powered flight at Kitty Hawk,1903. . 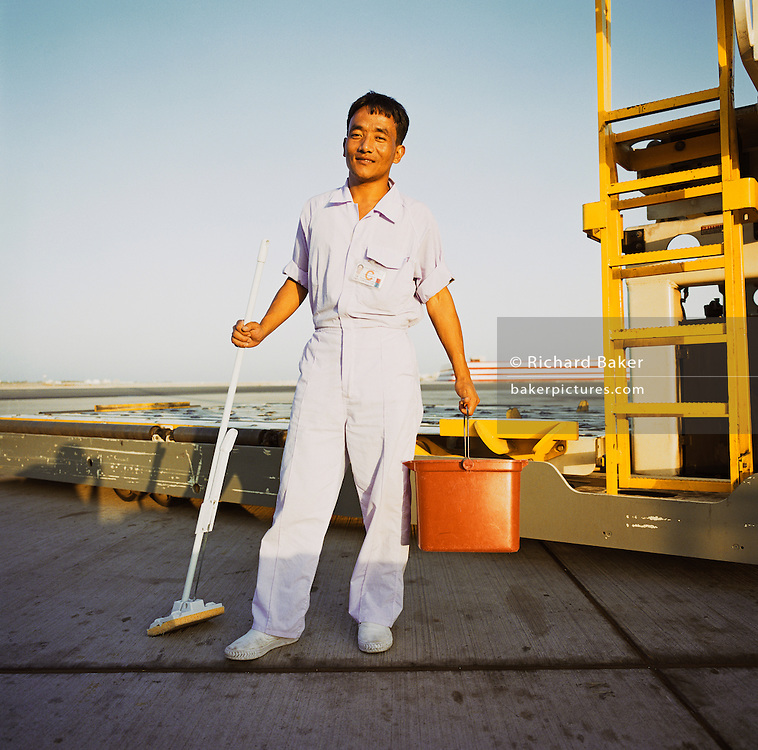