The semi-derelict bunkhouse at the former WW2 Wendling air base, Norfolk, England. Opened in 1942, it was used by both the Royal Air Force (RAF) and United States Army Air Forces (USAAF). During the war it was used primarily as a bomber airfield, being the home of the United States Army Air Forces Eighth Air Force 392nd Bombardment Group. The group flew B-24 Liberators as part of the Eighth Air Force's strategic bombing campaign. The 392d BG entered combat on 9 September 1943 and engaged primarily in bombardment of strategic objectives on the Continent until April 1945. The group attacked such targets as an oil refinery at Gelsenkirchen, a marshalling yard at Osnabrück, a railroad viaduct at Bielefeld, steel plants at Brunswick, a tank factory at Kassel, and gas works at Berlin. With the end of military control the airfield has become a turkey farm. 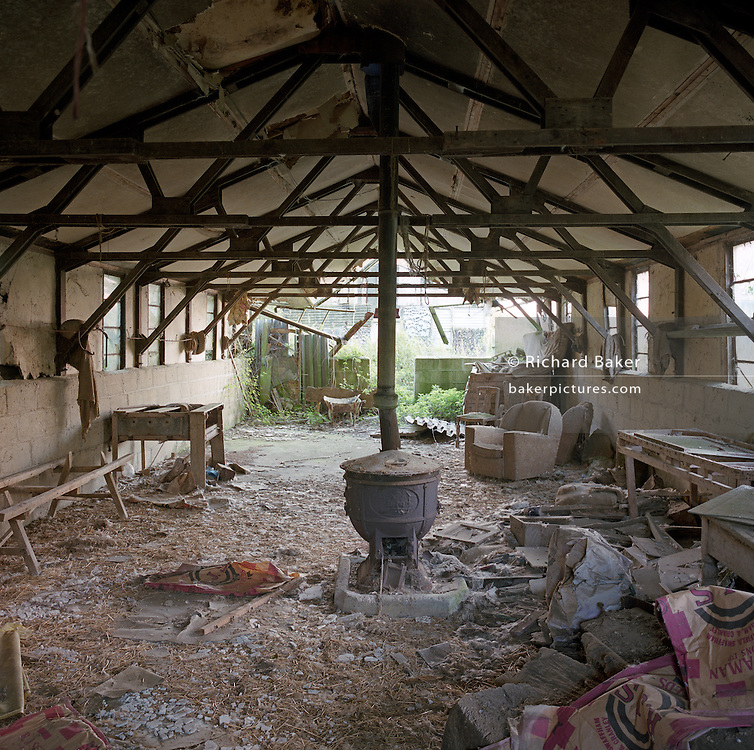