A rather eccentric-looking man is seated on a bench on Blackpool's North Pier. This northern seaside resort in the north-west of England is diverse in its transient holiday population whose behaviour can be routinely odd. The pier has intricate cast ironwork seat backs dating from 1863 and the man sits with ankles crossed, wearing a suit and trilby hat on a warm summer's day. In the background we see families - parents and children - playing and walking on the beach at low-tide - the golden sands a much-visited aspect of Blackpool, the largest resort in the north of England and visited traditionally by working people from industrial towns and cities during the industrial revolution. 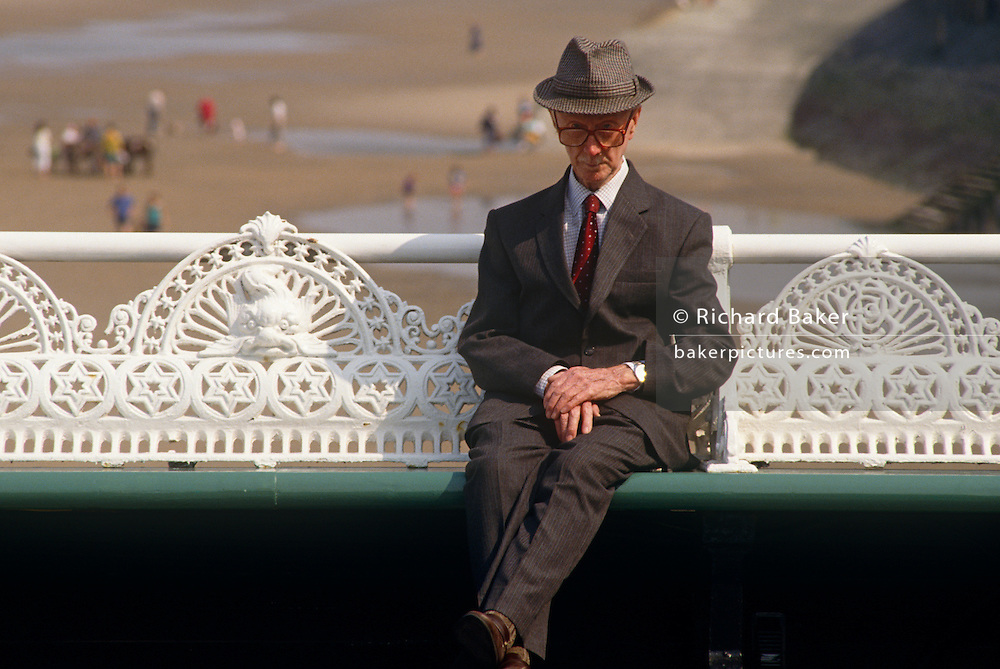