A portrait of English poet, lecturer, actor and broadcaster Patrick J. Kavanagh. We see his face as a close-up while at home in the Cotswolds, Gloucestershire, England. P J Kavanagh (born 6 January 1931) is the author of eight books of poems, an essayist and travel-writer, a novelist, and editor of the poems of Ivor Gurney; he has received the Cholmondely Award for Poetry, the Guardian Fiction Prize, and the Richard Hillary Prize for his memoir The Perfect Stranger. In addition to this literary career, he has been an actor, lecturer, journalist and broadcaster, all after serving in the Army during the Korean War, where he was wounded in action. 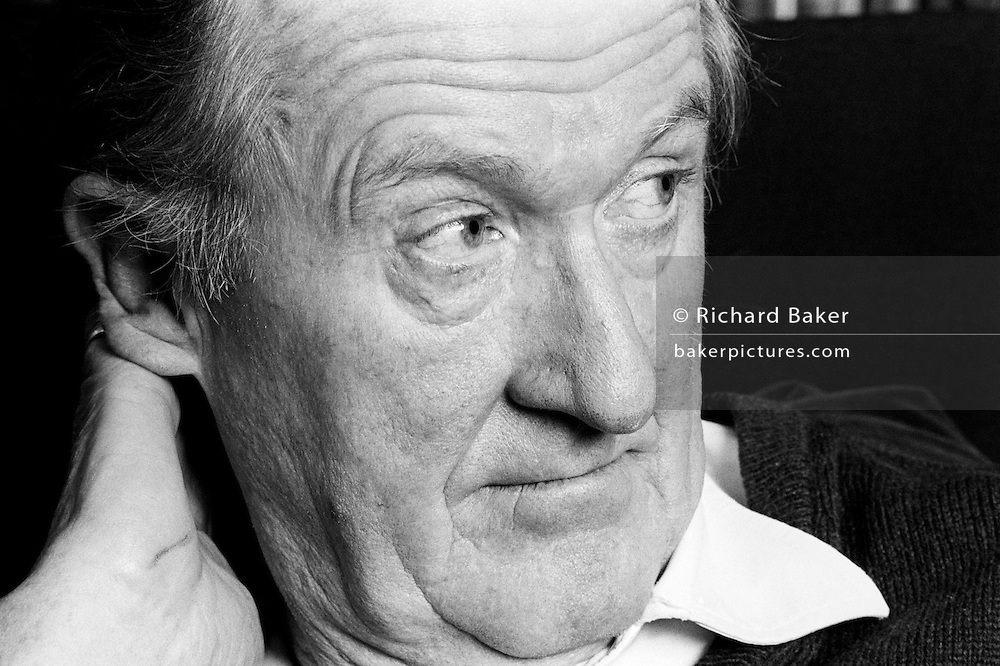