Two young men dressed in office suits casually stuff their lunches during a hot lunchtime break in the Broadgate Estate in the City of London. Both with legs across knees, the lads in their 20s sit on a bench beneath a tree alongside the statue of a traditional gardener, slightly bent and equipped with hoe and wearing a wastecoat, hobnailed boots and flat cap, an iconic salt-of-the-earth workman. This scene suggests the social divisions of the working man: Of the young, educated post-war generation whose opportunities have afforded them a faster lifestyle, far removed from that of the physically-exhausted man whose life has been spent working the honest land. The English social divide is clearly represented here as the harshness of the manual labourer versus the youth of today, seen in the middle of the modern city. 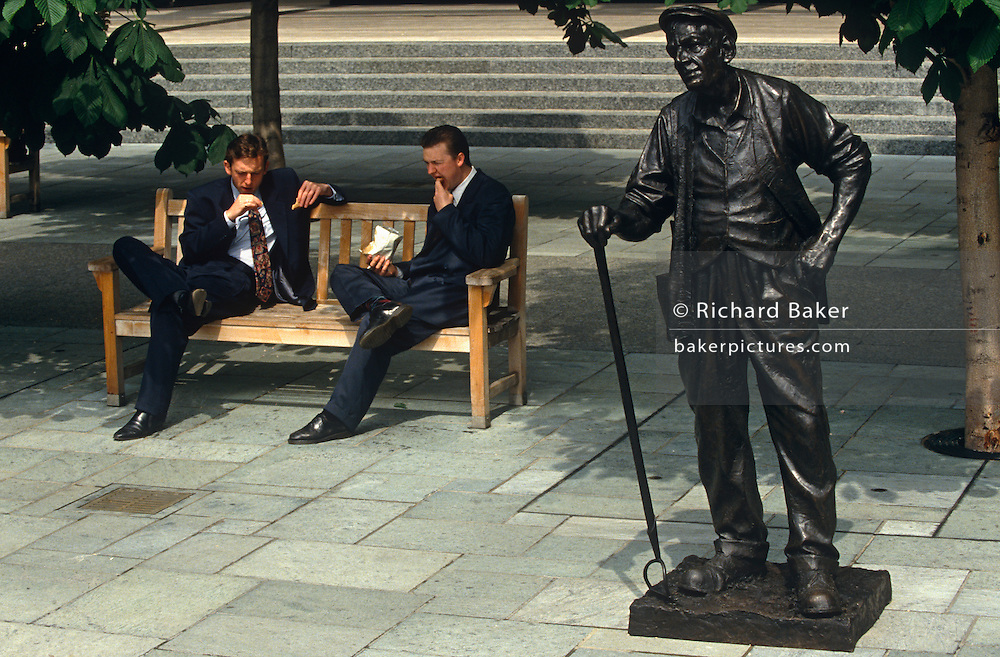