A wide interior landscape view of the beautiful seats, upper circle and arched roof of the Torbay Picture House. The manager stands in the balcony to show its scale. It was open in at least 1914, making it what is believed to be the oldest purpose-built cinema in Europe. In its early days it featured a 21-piece orchestra, with each member paid a guinea to perform. There are 375 seats: 271 in the stalls, 104 in the circle, plus three private boxes at the back seating an additional eight. Seat 2, Row 2 of the circle was the favourite seat of crime novelist Agatha Christie, who lived at Greenway House, near neighbouring Kingswear. The cinemas and theatres in her books are all reportedly based on the Torbay Picture House. 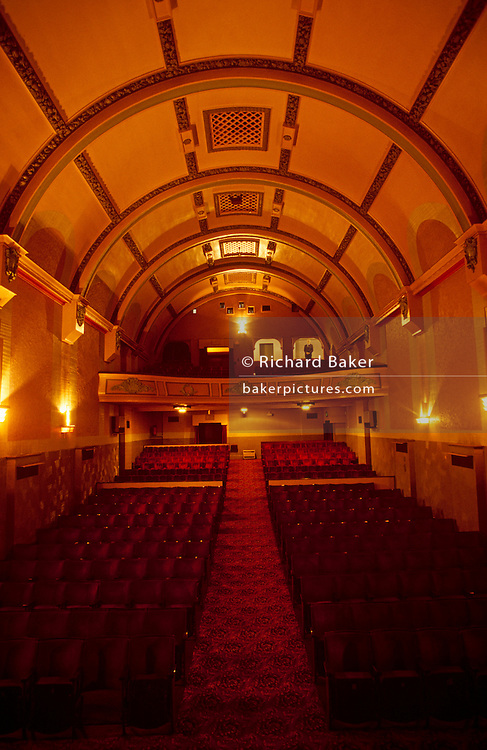