Found in a garage where it had been stored virtually untouched for 50 years, this 1937 Bugatti Type 57s Atalante sports car is previewed for the first time before a Bonhams auction in Paris on February 7th 2009. Here, we see a detail of its radiator grill and patent number in a garage/studio before the auction and sale in Paris. In 2008 the Bugatti Type 57S with chassis number 57502 built in 1937 with the Atalante coachwork for Earl Howe was discovered in a private garage in Newcastle upon Tyne, having been stored untouched for 48 years and known about only by a select few people. It was auctioned in February 2009 at the Retromobile motor show in Paris, France, fetching EUR3.4 million (US$4.6 million), becoming one of the highest valued cars in automotive history, owing much to its extremely low mileage, original condition and ownership pedigree. 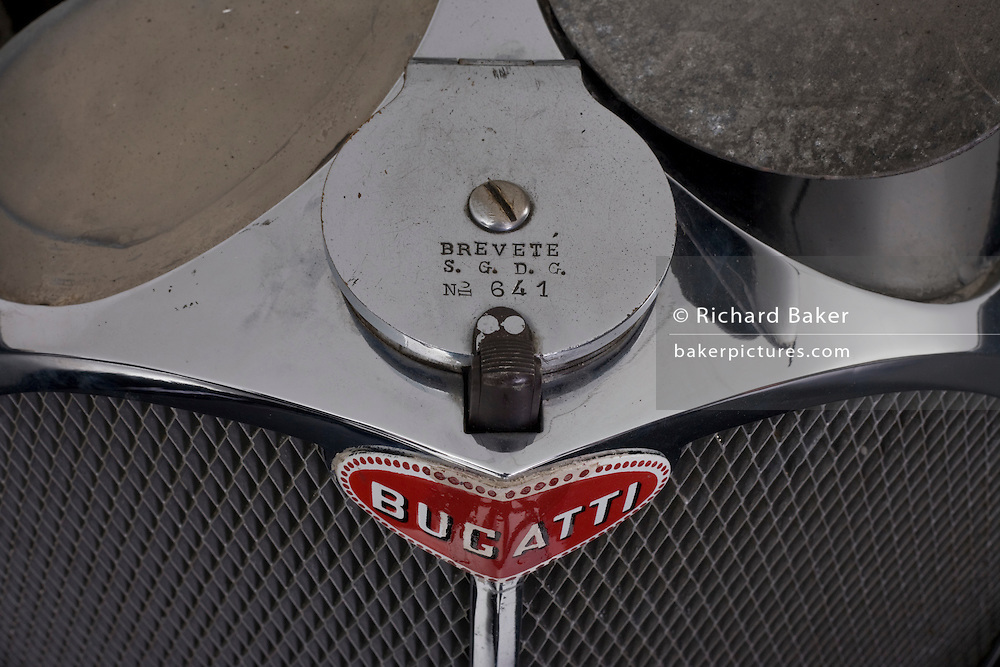