Two passengers on Hammerton's Ferry, cross the river Thames between Marble Hill House on the north bank, and Ham on the southern bank, on 3rd February 2019, in London, England. Hammertons Ferry was originally opened in 1908 by Walter Hammerton and its current owners are Mr & Mrs Francis Spencer in July, 2003. The whole family are currently involved in all aspects of the business, however the daily running of the Ferry is by father & son, Francis & Andrew Spencer. Hammerton's is a pedestrian and cycle ferry service across the River Thames in the London Borough of Richmond upon Thames, London, England. The ferry links the northern bank near Marble Hill House in Twickenham with the southern bank near Ham House in Ham. Foot passengers pay £1 with children and bikes paying 50p and it is one of only four remaining ferry routes in London not to be replaced by a bridge or tunnel. 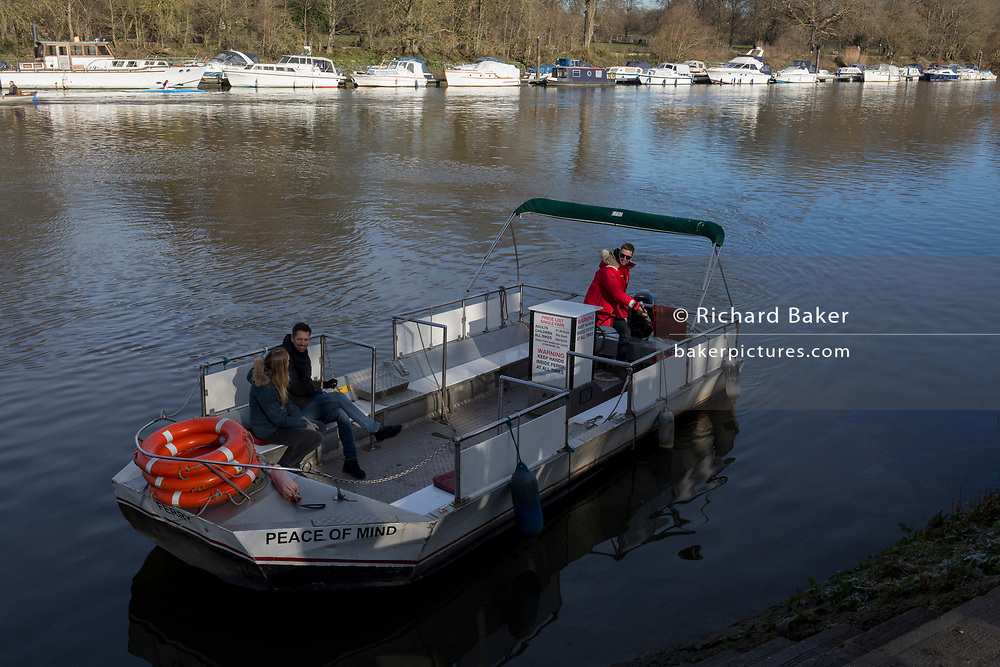