Joined by two pigeons to separate them, a group of Segway tourists stop to hear their guide describe the medieval and Moorish Alfama district's history, ironically next to a crowd of like-minded pedestrians, on 11th July 2016, in Lisbon, Portugal. Segway tours have become controversial additions to the European city sightseeing scene, already being banned in Barcelona and Prague. But in Portuguese cities like Lisbon and Porto, Segway travellers still share narrow and busy streets and often, pavements, with locals on foot. (Photo by Richard Baker / In Pictures via Getty Images) 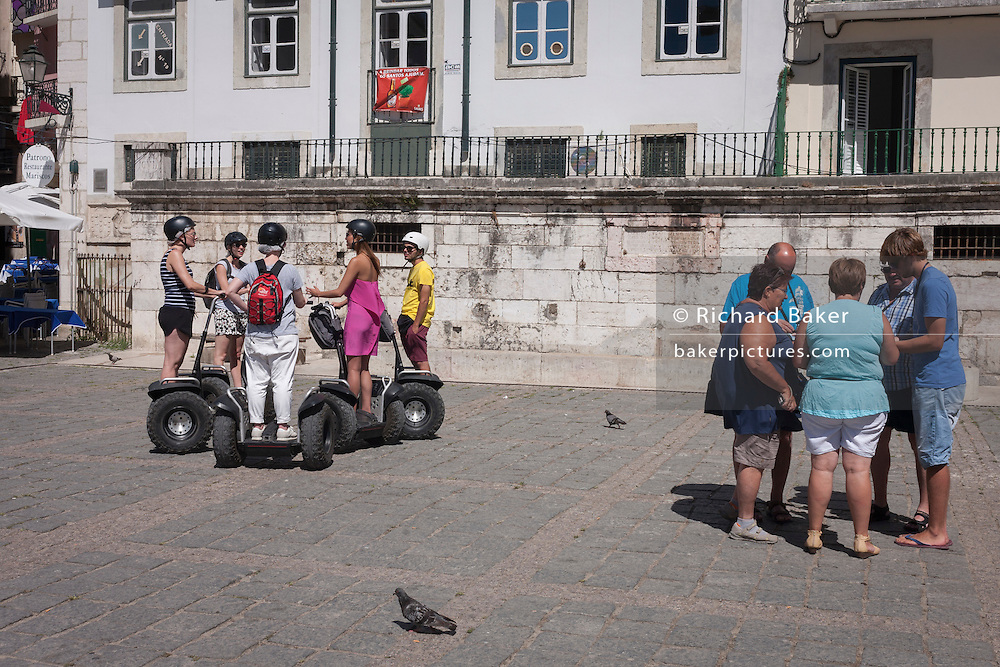