During a journey into America's hinterlands, days after the September 11th attacks in New York and Washington DC, an American flag has been sprayed with aerosol paint on a grassy knoll by a local garage owner near Sinking Spring, Pennsylvania. In outpourings of grief, anger and patriotic rhetoric, flags were flown as never before as America sought to express their emotions and a unity. A spotlight shines across the bank to show passing motorists the creative stars and stripes artwork on the roadside. Sinking Spring's Native American tribe in this were known as the Minsi or Wolf tribe who had the reputation for being quite warlike at times.. 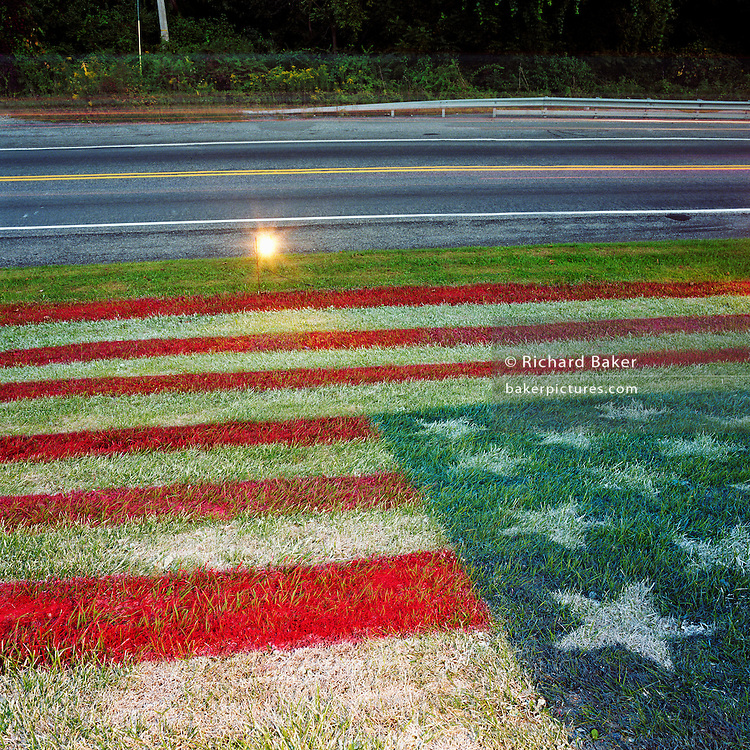