As queues of Londoners line up to gain a ride on a bus during a one-day strike by underground tube unions, a lady with head covered in a scarf reads a newspaper at Victoria Station, on 8th May 1989, in London, England. More than 3,000 British Rail employees launched an unofficial overtime ban, walking out in protest at the end of their eight-hour shifts. Thousands were disrupted at Victoria station in central London, on their way to their inner-city destinations. The buses have a maximum capacity and too few seats for the commuters waiting patiently in line. 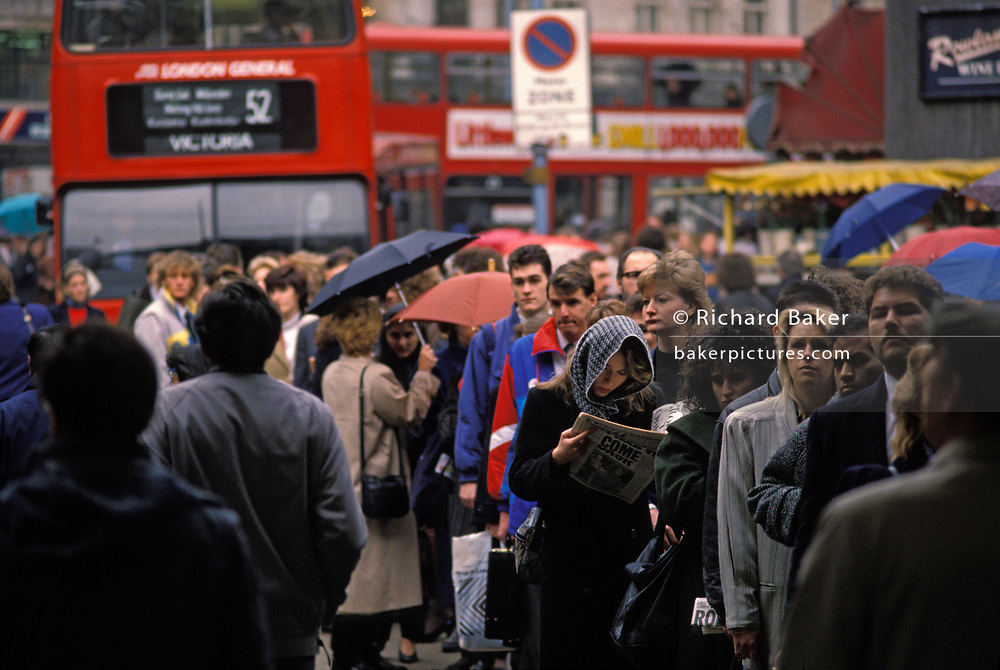