Beneath rusting railings is the name of Hotel Serra, the faded grandeur of a once-grand establishment, on 17th July 2016, in the spa resort of Luso, Portugal. In the 11th century, Luso was a sleepy village linked to a monastery in the hills near Coimbra but it became a lively spa resort in the 1700s as its hot water springs became a focus for tourism. The waters here are said to have therapeutic value in the treatment for bad circulation, muscle tone, rheumatism and renal problems. (Photo by Richard Baker / In Pictures via Getty Images) 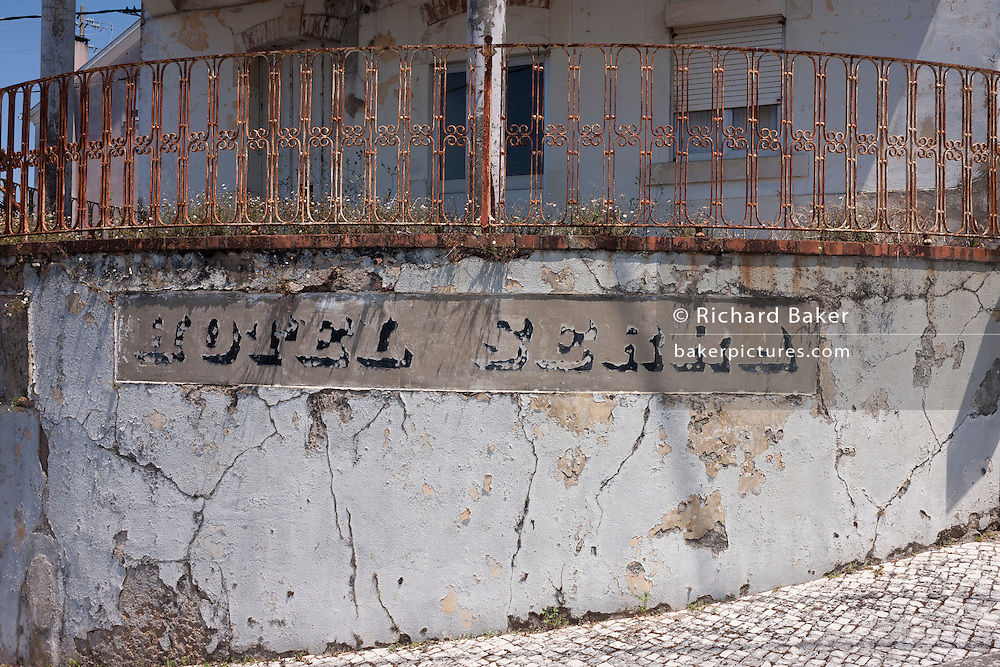