London, 10th September 2012. Olympic fans leaves the athletes' parade in the City of London. The day after the end of the London 2012 Paralympics, thousands of spectators lined the capital's streets to honour 800 of TeamGB's athletes and Paralympians. Britain's golden generation of athletes in turn said thank you to its Olympic followers, paying tribute to London and a wider Britain as up to a million people lined the streets to celebrate the ?greatest ever? sporting summer and billed to be the biggest sporting celebration ever seen in the UK. 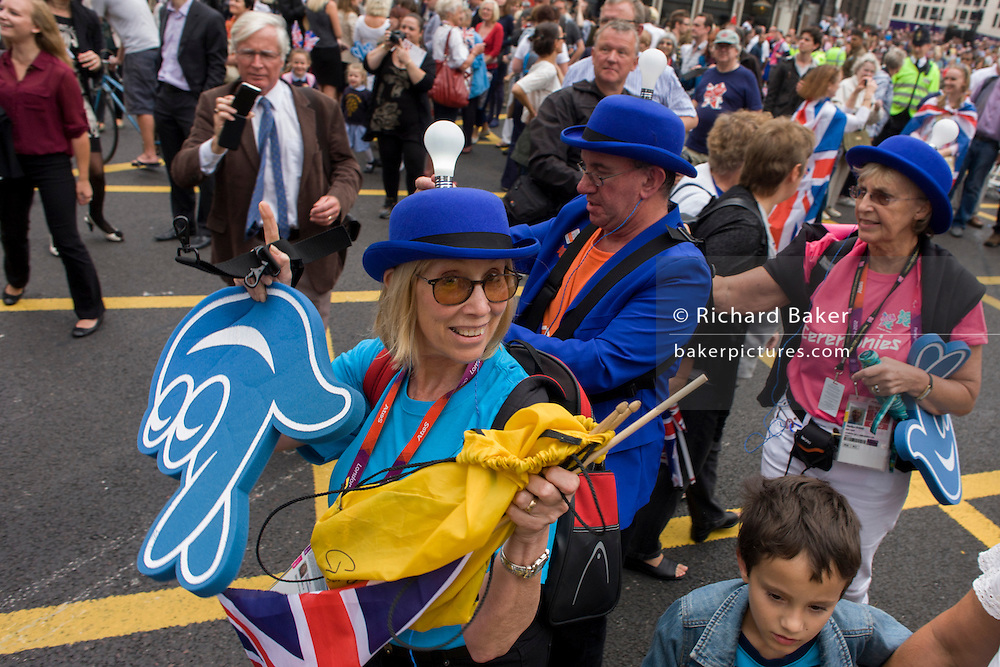