A giant billboard describes the more traditional China - when the main mode of transport was the bicycle and Hong Kong was still a British colony. The reality underneath is a megacity on a scale of a megapolis. Cars pass-by and consumer goods are on ads in the distance. .Shenzhen is a major city in the south of Southern China's Guangdong Province, situated immediately north of Hong Kong. The area became China's first?and one of the most successful?Special Economic Zones (SEZs). It currently also holds sub-provincial administrative status, with powers slightly less than a province. Shenzhen was named in 2012 as one of the 13 emerging megalopolises in China with a population of 10.3 million. 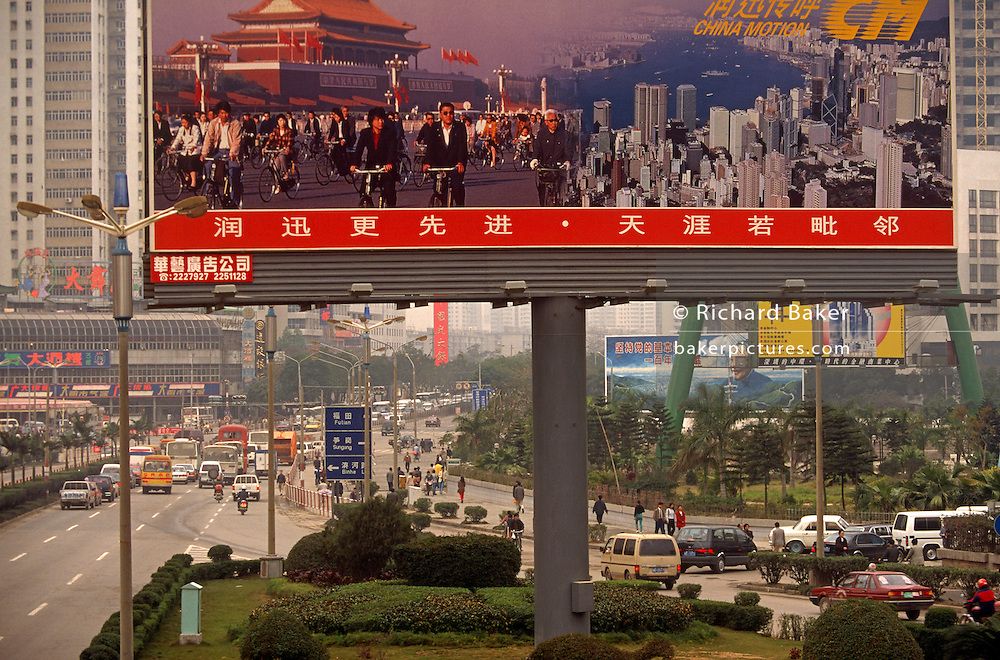