A detail of a street sign for Shaftesbury Avenue alongside the red brick archtecture and shows of the Palace Theatre in London's West End district, on 12th March 2020, in London, England. Shaftesbury Avenue was named after Anthony Ashley Cooper, 7th Earl of Shaftesbury and built between 1877 and 1886. Richard D'Oyly Carte, producer of the Gilbert and Sullivan operas, commissioned the theatre in the late 1880s. It was designed by Thomas Edward Collcutt and intended to be a home of English grand opera. The theatre opened as the "Royal English Opera House" in January 1891 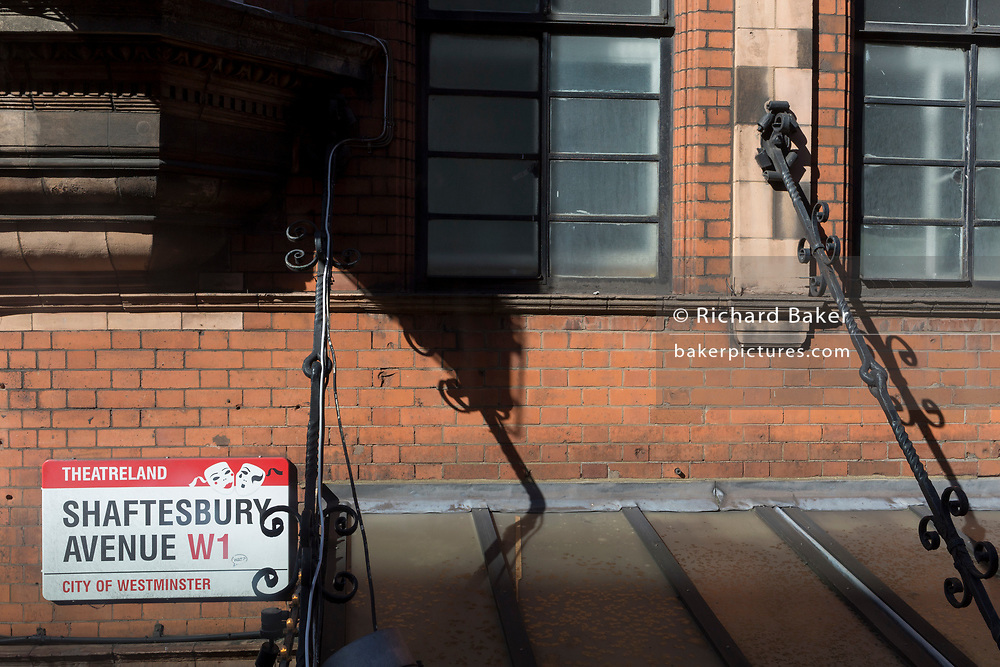