In late afternoon, three conscript soldiers of the Polish army are dressed in brown uniforms eating ice cream cones in Plac Zamkowy, outside the Royal Castle in Warsaw, Poland. The Polish army (Wojsko Polskie) is the name applied to the military forces of Poland. The name has been used since the early 19th century, although it can be used to refer to earlier formations as well. Polish Armed Forces consist of the Army (Wojsko L?dowe), Navy (Marynarka Wojenna) and Air Force (Si?y Powietrzne) branches and are under the command of the Ministry of Defense (Ministerstwo Obrony Narodowej). The combined Polish armed forces consist of 215,000 active duty personnel and in addition 450,000 reserves. The armed forces are made up of conscripts who serve for a period of 9 months, and professional soldiers. 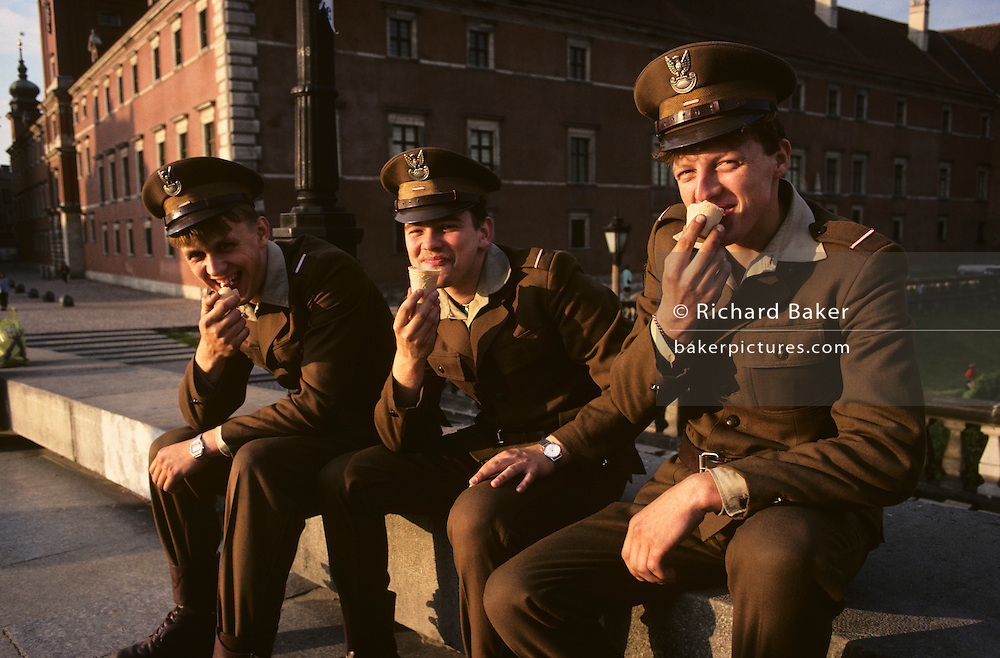