A businessman walks past one of the few remaining police signal boxes on Threadneedle Street in the City of London, the capital's historic financial district, on 2nd August 2018, in London, England. The Police box is a public telephone kiosk or callbox for the use of members of the police, or for members of the public to contact the police. It was introduced in the United States in 1877 and was used in the United Kingdom throughout the 20th century from the early 1920s. 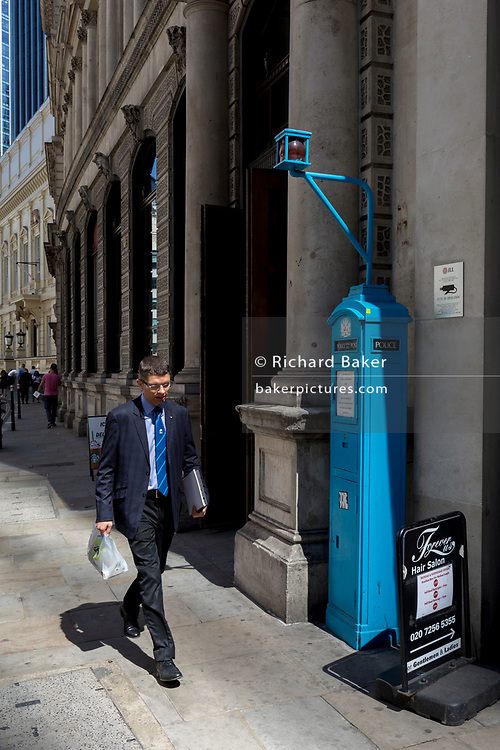