A passing shopper blurs while passing a market stall selling duck and chicken on a dark and typical rainy day in south-east Asia, on 10th August 1994, in Macau, China. Macau is now administered by China as a Special Economic Region (SER), home to a population of mainland 95% Chinese, primarily Cantonese, Fujianese as well as some Hakka, Shanghainese and overseas Chinese immigrants from Southeast Asia and elsewhere. The remainder are of Portuguese or mixed Chinese-Portuguese ancestry, the so-called Macanese, as well as several thousand Filipino and Thai nationals. The official languages are Portuguese and Chinese. 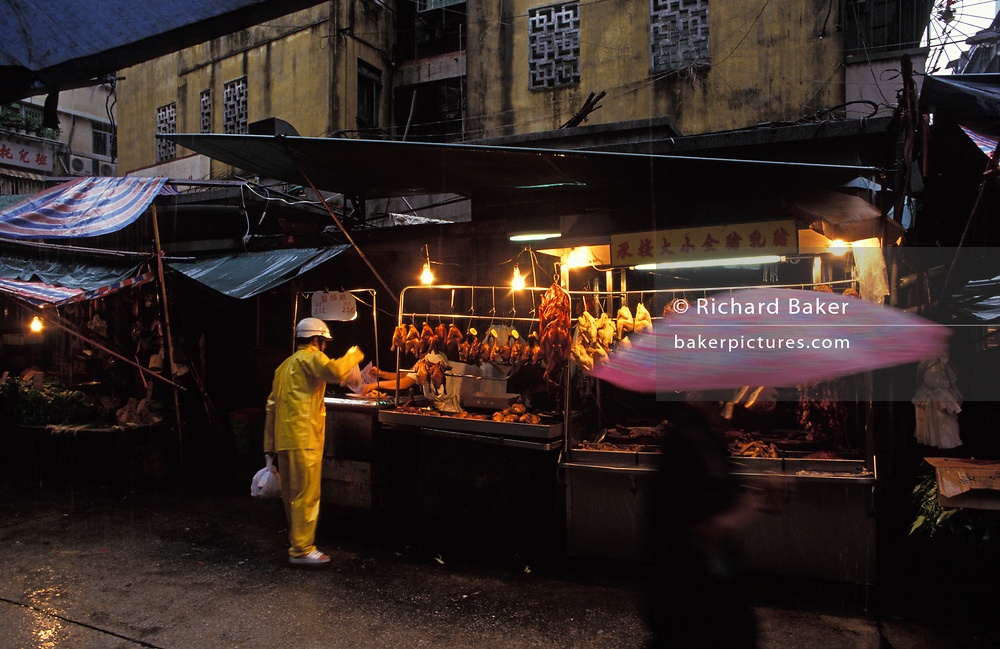