Three days after the terrorist attack in which 7 people died and many others suffered life-changing injuries on London Bridge and Borough Market, shrines of flower tributes grew at various locations around the police crime scene cordan on 6th June 2017, on London Bridge, in the south London borough of Southwark, England. City commuters now back at work walk respectfully and quietly past the floral memorial at the plinth marking the southern boundary of the City of London, the capital's financial district. 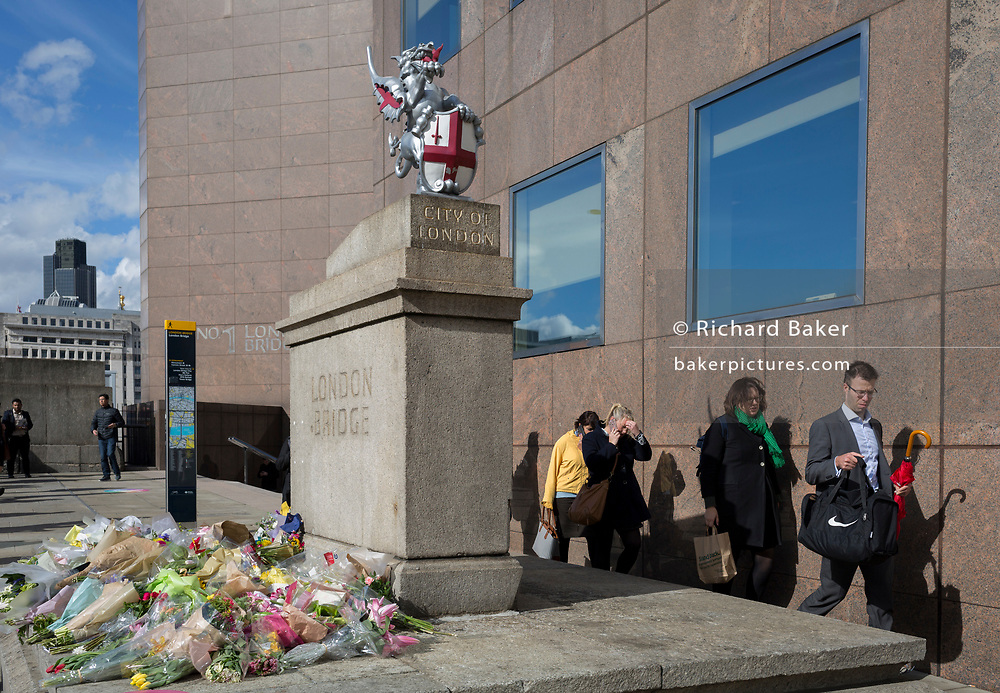