High winds and wet weather herald an uncertain week in the Britain less than 24 hours before the UK's general election. Unlikely prospects for a majority government by the end of the week means stormy deals between political parties and discontent with voters. A tourist leaflet man dressed in union jacks hands out details for a nearby fish and chip business, opposite the Palace of Westminster on Westminster Bridge. 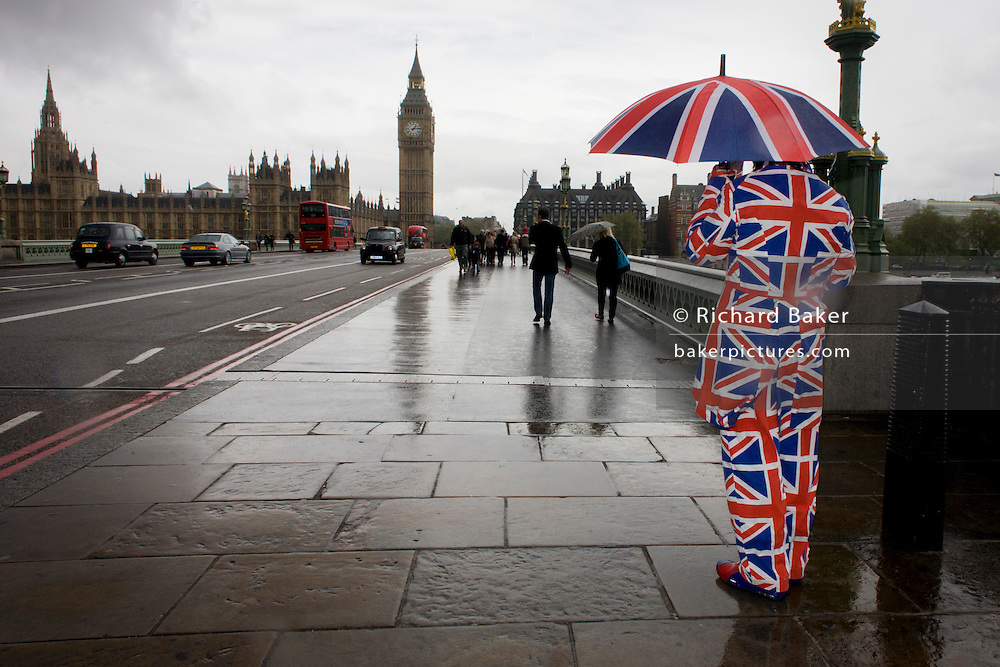