Surrounded by black bin-bags during the Merseyside dustmans' strike of 1991, two young "Scouse' girls lean against a brick wall in a rear alleyway between poor terraced housing in Liverpool, England. There is an older, taller white teenage girl with blonde hair dressed in a blue shell-suit and a shorter and younger friend of Asian-descent. Looking suspicious and amused at something across the cobbled alley of these 'back to back' houses in a poor area, South of the city centre, home to deprived families. The industrial action aginst the local authority was a health problem for Liverpool during the summer of '91 when streets filled with rubbish. Vermin like rats ran around and public city parks filled with every kind of refuse and garbage. Few of these back-to-backs exist after being cleared to allow construction of high-rise tower-blocks and flats. 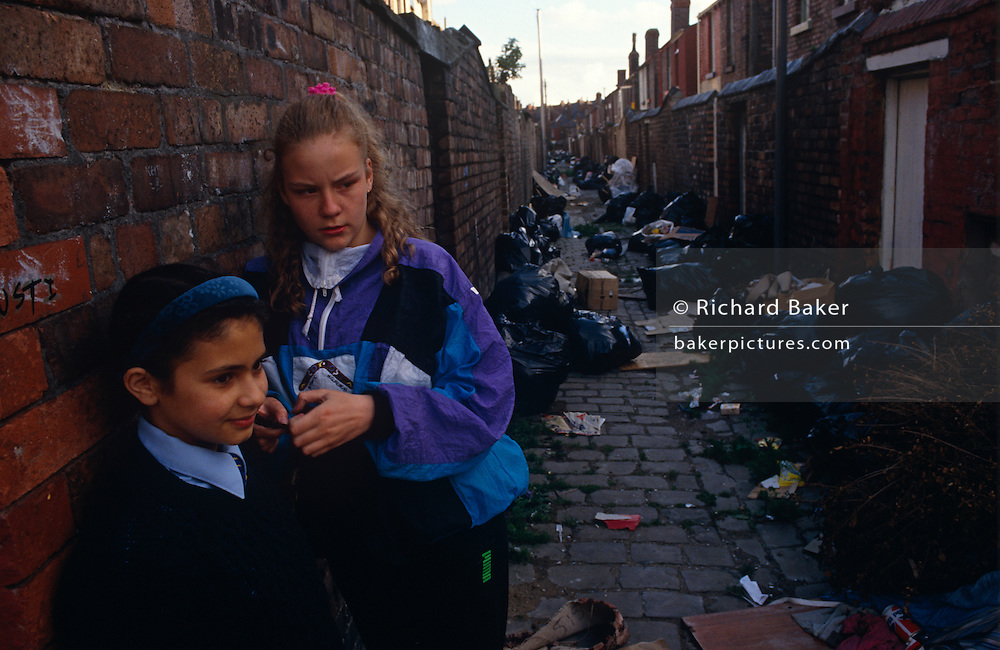