A two and half year-old girl meets her sleeping baby brother for the first time on his actual birthday. In the maternity ward at Kings College Hospital, Camberwell, London, the child reaches out with the maternal instincts of her gender to touch the fragile infant who is wrapped up in an NHS blanket in a cot that was wheeled directly from the birthing room a few hours beforehand. The baby boy is oblivious to his sister's affection and attention but he is healthy and already thriving before waking up for his first feeds. From a personal documentary project entitled "Next of Kin" about the photographer's two children's early years spent in parallel universes. 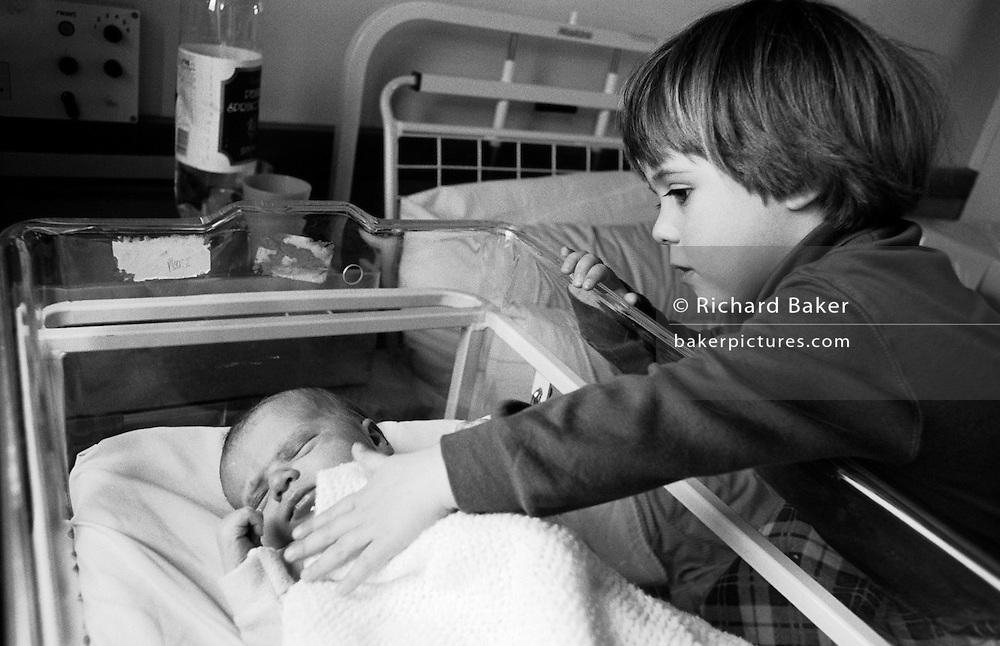